Following a two-year collaboration between Triumph and the UK’s electrification experts and a six-month development period, Triumph has unveiled the TE-1 electric motorcycle prototype and released the final prototype test results, which company officials say exceeded the project objectives.

When the TE-1 was unveiled via a video conference call press briefing, it displayed the aggressive stance of semi-naked sportbikes in Triumph’s lineup like the Speed Triple 1200 RS. Prominent features include a twin headlight with what appears to be an angry, furrowed brow and a robust cast-aluminum frame.

Up front is a 17-inch front wheel wrapped in Pirelli Diablo Supercorsa tires, a pair of superbike-sized brake rotors, Brembo brake calipers, and an inverted fork. Out back is a stout single-sided swingarm suspended by an Öhlins shock.

Behind the front wheel is a large radiator and a peekaboo view of the TE-1’s battery pack, which is mostly hidden behind several panels of racy bodywork. From the humped “tank” cover to the slender, blade-like tailsection, the bike looks like a proper, full-on sportbike – except for the lack of a clutch lever and the belt final drive.

According to a press release accompanying the briefing, the collaboration between Triumph Motorcycles, Williams Advanced Engineering (WAE), Integral Powertrain Ltd, and WMG-University of Warwick was funded by the Office for Zero Emission Vehicles through Innovate UK. It was set up to create “groundbreaking developments in specialist electric motorcycle engineering and innovative integrated technology design.”

The extensive live testing program, which involved assessments of the bike’s performance on both the dyno and the track, provided direction into the final set-up and calibration of the TE-1 prototype, which has now reportedly delivered on all its targets and objectives, setting new standards for the electric motorcycle sector, including battery and range performance.

And with the following specs and features, the future at Triumph looks bright indeed.

The Triumph TE-1 prototype achieved all project targets with regards to the energy capacity of the WAE TE-1 project developed battery, with a 100-mile (161 km) range, based on official testing and projections.

Regenerative braking has been implemented for TE-1, with scope for further optimization, as well as greater efficiencies in the motor generator unit and transmission, which could improve the range further for the future of Triumph electric motorcycles.

Dyrr Ardash, WAE head of strategic partnerships, said the company is “delighted” to have been involved in the program.

“It is pleasing to hear positive rider comments which confirm that the dynamics of the bike are aligned with Triumph’s DNA,” Ardash said. “This core WAE technology has allowed us to exceed performance and charging targets for the battery which we look forward to seeing in future powertrains.”

During the press briefing, Perkins said the team wanted to ensure the TE-1 “handled like a Triumph,” and the manufacturer’s current Speed Triple 1200 was cited on a few occasions. Along these lines, the TE-1 prototype delivers a claimed 175 hp and 80 lb-ft of torque – very close to the Speed Triple’s figures (177 hp, 92 lb-ft).

The team responsible for delivering the TE-1 project said they anticipate that performance could be enhanced further with refinement of the electronics, including the traction control system and front wheel lift control.

Daytona 200 champion Brandon Paasch participated in the final testing phase, both in engine performance evaluation and with the final set-up of the prototype through track testing. Paasch called the TE-1’s throttle response “kind of incredible.”

“It’s very torquey and when you first touch the throttle it’s instant power, which is obviously what I love as a motorcycle racer,” he said. “I love when it’s super-torquey and picks up right away, so for me it was a really great experience. I got to peg this thing all the way from zero to 100% throttle and it’s unbelievably quick, it pulls like crazy.”

Triumph says the TE-1’s level of performance and acceleration, combined with its riding package, result in a bike that delivers all of the brand’s signature feel and neutral handling: a smooth, predictable ride that is agile and nimble, great in the corners, and provides controllable power.

Professor David Greenwood, CEO of WMG Centre High Value Manufacturing Catapult at the University of Warwick, said motorcycles like the TE-1 “have a pivotal role to play in the transport revolution as a zero-tailpipe emission option.”

“In our partnership with Triumph, WMG used our research experience in electrification to demonstrate manufacturers can deliver products with a lower emission burden as well as outstanding performance-offering customers an EV that is great fun to ride,” Greenwood said.

Advances in battery and charging technologies that have been developed as part of the Triumph TE-1 project in collaboration with WAE have resulted in a 20-minute charge time from 0-80%, successfully delivering against the targets laid out by Innovate UK, the government’s research and innovation agency that supports business-led R&D funding and UK business growth.

“We are excited to see that our funding is supporting Triumph Motorcycles in driving forward innovation and capability in the electric motorcycle space, while fostering collaboration between several pioneering UK companies,” said John Bray, R&D lead for the Office for Zero Emission Vehicles. “Investment in Research and Development is key to our mission of putting the UK at the forefront of the design, manufacture and use of zero emission vehicles.”

With an overall weight of 485 lb, the TE-1 prototype is up to 25% lighter than the equivalent electric bikes available currently, giving it an appealing power-to-weight ratio. Triumph says the bike has a physical size and scale comparable to a Street Triple but with the ergonomics, geometry, and weight distribution of a Speed Triple, while still being nimble and compact.

“I wish I’d had this at Daytona,” Paasch said. “That acceleration in this chassis, and how it corners – wow! I think this would be a really nice motorcycle to ride on the street, just based on how nimble and agile it is, and how light it feels.”

A New Electric Soundtrack That Builds to a Crescendo

Described in the press release as a “distinctive and thrilling soundtrack, building to the most spine-tingling crescendo,” the Triumph TE-1 prototype’s sound is considered by company officials to be more appealing and exciting than any of the equivalent electric motorcycles currently available thanks to its unique helical gear pair primary transmission.

At the briefing, Perkins said it has “much more like a jet turbine sound.”

During the press briefing, Triumph Chief Product Officer Steve Sargent called the prototype a “engineering exercise” and didn’t offer a timeline or potential price point for when the average consumer might throw a leg over their own TE-1.

However, in the press release, Sargent said they have already seen “incredibly positive reaction” to the TE-1 prototype from motorcyclists all around the world.”

“Many people are telling us that for the first time, they are seeing an electric motorcycle as desirable, and something that they would genuinely want to own,” Sargent said. “Being the first step in our journey towards developing our future approach to electric powertrain technology, the TE-1 prototype and the incredible results it has achieved in its intensive testing program has provided crucial insights and capabilities that will ultimately guide our future development.”

According to the press release, the key objective of the TE-1 project has always been focused on developing electric motorcycle capability, to provide an input into Triumph’s future electric motorcycle offering, driving innovation, capability, and new intellectual property, and enhancing the credibility and profile of British industry and design.

The achievements in the live testing phase, exceeding current benchmarks and targets, provide a platform at Triumph with great potential for future development in electric motorcycle performance.

“We are incredibly proud to be able to share such positive outcomes from the completion of Project Triumph TE1,” said Triumph CEO Nick Bloor. “Everyone on the team is thrilled with the results we have achieved with our partners, and how the outcomes of the project will feed into the electric future to come from Triumph.” 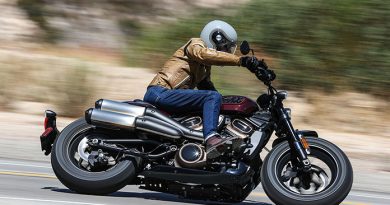 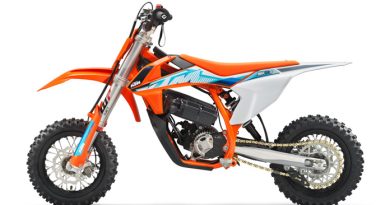