Forty thousand dollars were handed out on the podium in the MotoAmerica season finale at Barber Motorsports Park a few weeks ago and the rider who walked away with most of it was Brazilian Danilo Lewis and his Tecfil Racing team.

Lewis earned the money by virtue of taking the title in the MotoAmerica Superbike Cup, a race within a race that pits riders mounted on Stock 1000-spec motorcycles against each other in the Medallia Superbike series. The Superbike Cup featured one of the tightest battles of all in 2022 with Lewis not crowned until the final lap of the final race of the year.

The 2022 MotoAmerica Superbike Cup featured 20 races at 10 events and Lewis took the crown and the winner’s check of $25,000 with his four-win, 14-podium season, scoring 329 points to best Altus Motorsports’ Brandon Paasch by just 11 points. Paasch pocketed $10,000 for his efforts with Hunter Dunham Racing’s Hunter Dunham taking home $5000 for finishing third in the title chase.

A total of 22 riders scored Superbike Cup points in 2022, but none scored more points than the two-time Brazilian Superbike Champion.

In addition to taking home the Superbike Cup title, Lewis also finished 10th in the Yuasa Stock 1000 class with a best finish of fourth at Brainerd International Raceway. 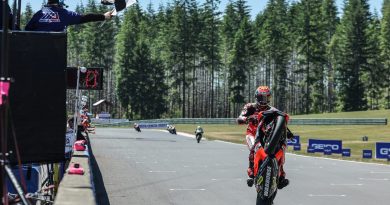 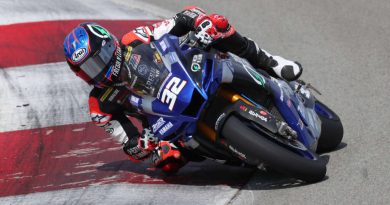