Joe Roberts ended up eighth fastest on the opening day of the Red Bull Grand Prix of Spain at Jerez. File photo by Italtrans Racing

MotoAmericans Joe Roberts and Cameron Beaubier ended the opening day of the Red Bull Grand Prix of Spain at Jerez with the eighth and 11th fastest times, respectively, with the pair just .556 and .632 of a second from Friday fast man Jake Dixon.

Italtrans Racing’s Roberts, who won his first Moto2 Grand Prix a week ago in Portugal, ended up the quickest of the American duo with his 1:42.202 from FP2 a full second quicker than his FP1 time that had him 20th on the time sheets. Beaubier, meanwhile, was fifth in FP1 and improved just slightly by .014 of a second to record a 1:42.278 in FP2. Beaubier had two lowside crashes on the day – one in each session.

Beaubier’s American Racing teammate Sean Dylan Kelly ended the day 28th with a .379 of a second improvement from FP1 to FP2. 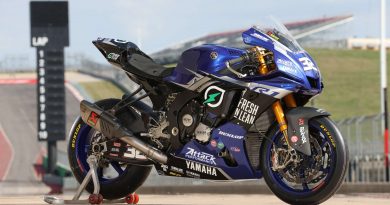 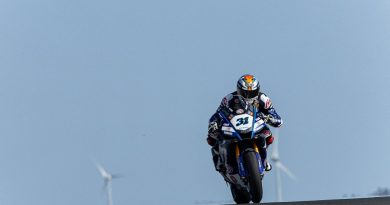 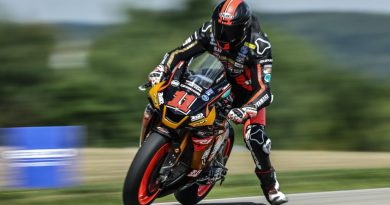