Doyle spun some fast laps aboard the Suzuki GSX-R600 while testing today at Mid-Ohio. Photo courtesy of Dominic Doyle.

Just when we announced that there are no longer any Suzuki GSX-R600s competing in MotoAmerica Supersport, Jesse Hwilka and Colin Barton said, “Hold our beers.”

Through a collaborative effort between www.infinityfallprotection.com/Disrupt Racing team owner Hwilka and BARTCON Racing team owner Colin Barton, South African rider Dominic Doyle will return to the Supersport class this weekend at Brainerd International Raceway aboard a Suzuki GSX-R600 owned by Hwilka. So far this season, Doyle has been aboard a BARTCON Racing Yamaha YZF-R7 in the REV’IT! Twins Cup Championship.

“With the technical issues we had at the two West Coast rounds, plus the logistics involved in getting our machines back to the shop after Ridge and Laguna, we made the call that we need to regroup,” Barton said. “We’ll be back with two fresh R7s for Pittsburgh. In the meantime, we’re happy that Dom will be racing for Jesse and www.infinityfallprotection.com/Disrupt Racing. Brainerd is a home track for Dr. Mike Dekutoski, who is BARTCON Racing’s primary sponsor, so we’re thrilled that Dom will be racing in Supersport up in Dr. Mike’s neck of the woods.”

According Hwilka, Doyle will focus his efforts solely on racing Disrupt’s Suzuki GSX-R600 this weekend at Brainerd. When asked if there is a possibility that Doyle might pull double duty at the remaining MotoAmerica rounds this season and race both Hwilka’s Suzuki in Supersport and Barton’s Yamaha in REV’IT! Twins Cup, neither Hwilka nor Barton ruled it out and Barton added, “Stay tuned.”

“I’m super-excited and grateful for the opportunity to jump back into the Supersport class again,” Doyle said. “I can’t thank Jesse Hwilka at Disrupt Racing enough for getting me back out there. The Suzuki is a new bike for me, and I’m ready to learn the motorcycle and have a good weekend at Brainerd.”

In 2021, Doyle competed in Supersport aboard a BARTCON Racing Kawasaki ZX-6R. Hampered by a wrist injury that he suffered at Michelin Raceway Road Atlanta in round one, the setback hampered his results for most of the year. However, he did manage to capture 10 top-10 finishes and finished the 2021 season ranked eighth in the Supersport Championship final standings.

The post Doyle Will Be Aboard A Disrupt Racing Suzuki In Supersport This Weekend At Brainerd appeared first on MotoAmerica. 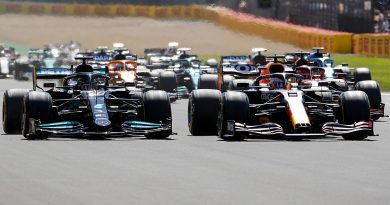 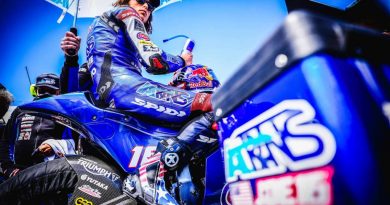