Air-cooled American V-twin motorcycles like this Indian Chief road racer will be featured in a complementary race series as part of the Super Hooligan National Championship. Photo courtesy of Roland Sands Design.

Roland Sands Design’s Super Hooligan National Championship has joined forces with North America’s #1 tortilla brand, Mission Foods, to introduce the Mission Air-Cooled American V-Twin Challenge as part of this year’s Super Hooligan National Championship (SHNC) motorcycle road racing series being run in conjunction with MotoAmerica. The Mission Air-Cooled American V-Twin Challenge is a race-within-a-race series and will be featured at all four rounds of the SHNC, kicking off with a doubleheader at the legendary Daytona International Speedway on March 10 through 12.

The Mission American V-Twin Challenge will award the fastest air-cooled American V-twin racers in the Super Hooligan class with $2,500 in additional payouts per race, as well as an additional $2,500 bonus prize going to the rider with the most points after four rounds of SHNC road racing. The payout will award the top three finishers on air-cooled American V-twins as follows: $1,250 for first place, $750 for second place, and $500 for third place at each SHNC round. This payout is in addition to the SHNC race payouts of $2,500 per race.

The Mission Air-Cooled American V-Twin Challenge basic rules are 750cc and up air-cooled American-made V-twins, stock frames, high bars, flat number plates, and 420 pounds and over (For complete rules for the SHNC, visit http://www.superhooligan.com/rulesreg). All rules and regulations, sign-ups and information can be found online at http://www.superhooligan.com/. Mission Foods Air-Cooled American V-Twin Challenge riders will need to run Mission Foods logos on their bikes and leathers and adhere to all MotoAmerica and Super Hooligan class rules.

The Super Hooligan class, run in conjunction with MotoAmerica, features riders and bikes from many disciplines and has a broad set of rules meant to bring new riders and brands into road racing. With the addition of the Mission Air-Cooled American V-Twin Challenge, we hope to inspire American V-twin riders, who normally race at a local level, to come out and race with the SHNC at a national level and elevate the visibility of air-cooled American V-twin road racing.

What is the Super Hooligan National Championship?

Roland Sands Design’s Super Hooligan National Championship features 750cc and up twins, 420-pounds-plus, air-cooled, water-cooled, and electric, high-bar motorcycles. Roland Sands Design and MotoAmerica, North America’s premier motorcycle road racing series, announced the 2022 Super Hooligan National Championship (SHNC), which will be held in conjunction with the MotoAmerica series in an expanded four-race, three-round schedule that will begin with a doubleheader on the high banks of Daytona International Speedway in March. From there, the action will return with an SHNC round at Michelin Raceway Road Atlanta on April 22 through 24, and will conclude with a return to WeatherTech Raceway Laguna Seca on July 8 through 10. The second half of the year will feature a short-track SHNC California-based series, with more details to be announced later.

Who is Roland Sands Design? 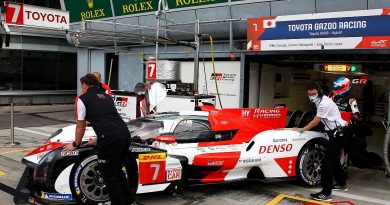 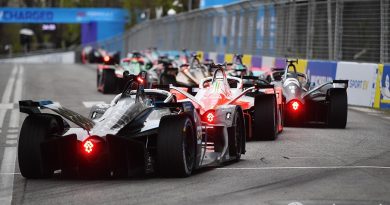 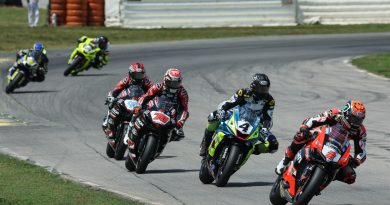