BOSS Audio Systems is now an official partner of the 2022 MotoAmerica Championship and its Mission King Of The Baggers series.

MotoAmerica, North America’s premier motorcycle road racing series, is pleased to announce that BOSS Audio Systems, a leader and innovator in 12-volt aftermarket audio and video products, is now an official partner of the 2022 MotoAmerica Championship and its Mission King Of The Baggers series.

Since 1987, BOSS has produced quality audio and video products that feature the latest technology while consistently delivering a clean and powerful sound. The company offers more than 500 car, marine and powersports products that are sold in 130 countries, both in retail outlets and online. BOSS is headquartered in Oxnard, California, with offices in Shenzhen, China.

“We’re stoked to have BOSS Audio Systems onboard as an official partner for 2022,” said Lance Bryson, MotoAmerica’s Director of Sponsorship. “BOSS makes great audio systems for all kinds of motorcycles, including baggers like Harley-Davidson’s Road Glide and Street Glide. They are waterproof, affordable, and their plug and play design makes them easy to install. With so many of our fans riding their baggers to our races, having BOSS Audio as a series partner makes a lot of sense on many levels.”

MotoAmerica is the ideal partner for BOSS Audio Systems as they are a leader in motorcycle racing, and we are a leader in 12-volt and powersports audio solutions,” said Navid Farhand, Executive Vice President of Sales and Marketing at BOSS Audio Systems. “We are excited to get involved with those who love their music and the freedom of the open road. As MotoAmerica continues its growth and expands its audience, we can’t wait to get started and be a vital part of this extremely popular riding and racing community.”

The post Turn It Up: BOSS Audio Systems Now An Official Partner Of MotoAmerica appeared first on MotoAmerica. 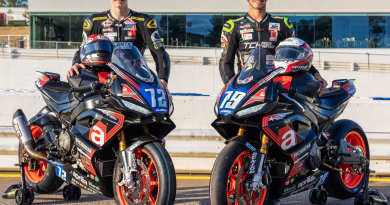 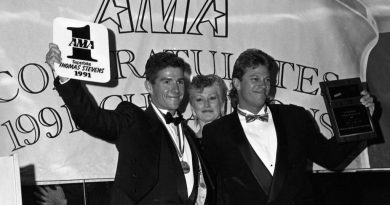 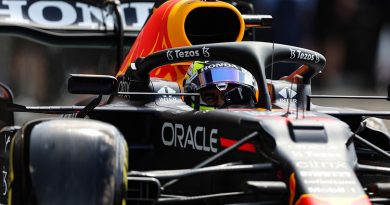