The Alpinestars Tech-Air 3 is the newest addition to the Alpinestars lineup of airbag systems. The vest is positioned for use by urban commuters and touring riders.

Like its more expensive counterpart, the Tech-Air 3 incorporates three gyroscopes and three accelerometers for detecting a crash. The sensors communicate with the vest’s ECU every millisecond. That’s 1,000 calculations every second and 3.6 million calculations over the course of a one-hour ride. According to Alpinestars, when a crash is detected, the vest inflates in 50 milliseconds, or 1/20th of a second. The street-only algorithm of the Tech-Air 3 was formulated to even detect a crash while stopped, for example, being struck from behind while at a stoplight.

The canister of the Tech-Air 3 needs replacing after each deployment, while the air bladder is capable of being reused up to three times. Replacing a canister is $99 at participating Alpinestars dealers, while both canister and air bladder replacement cost is $199. The same replacement costs on the Tech-Air 5 are $179 and $299, respectively. Some of the extra costs of the 5 can be attributed to its extra amount of protection. Where both the 3 and 5 cover a rider’s back, chest, and collarbones, the 5 also protects a rider’s ribs, shoulders, and upper arms.

Both the 3 and 5 are compatible with the Alpinestars Tech-Air app, which allows you to quickly check battery life, among other functions. Along these lines, the 3 boasts 40 hours of battery life compared to the 5’s 30 hours. Charging the 3 is a simple matter of connecting a USB-C cable to an easily accessible port inside the vest’s left breast. In terms of additional safety, the 5 comes with an included CE level 1 back protector whereas the 3 provides only a pocket for one.

Alpinestars Tech-Air 3: Outside vs. Inside

A key feature of the Tech-Air 3 is the versatility of wearing the vest outside a riding jacket as well as inside. The vest’s exterior shell is water resistant, and the ECU and electronics are housed within a waterproof pocket. All functional elements of the vest are removable so the vest can be washed. If worn on the inside of a riding jacket, Alpinestars recommends 1.6 inches of space around the rider’s torso so the air bladders can properly inflate.

The author wearing the Tech-Air 3 under his jacket.

For the guys, the Tech-Air 3 comes in black and yellow color schemes, whereas the Stella model for the ladies is currently only available in black. All the vests feature a reflective stripe above the shoulder, but the high-vis yellow is the obvious choice for conspicuity. The vest does not provide any inner pockets, but there is an exterior zippered pocket on the lower right side.

The Tech-Air 3 provides a rider with the benefits of airbag protection without the additional cost of replacing a tight-fitting jacket that doesn’t provide the requisite amount of inner space. However, there are some drawbacks to exterior use. For one, it’s an aesthetic eyesore. Additionally, the vest covers all those nifty pockets your riding jacket provides. More importantly, if a crash were to occur, your riding jacket would most likely protect the vest from road rash damage if worn underneath, whereas if worn outside, both the riding jacket and vest would incur damage.

Also, you should expect to get warm wearing the Tech-Air 3. Even with the vest worn underneath a full-mesh jacket on a mid-70s day, there was a noticeable increase in heat. In the realm of safety vs comfort, there’s always a tradeoff, and the water-resistant construction of the Tech-Air 3 equates to less airflow.

Besides its insulating drawbacks, the Tech-Air 3 vest is comfortable to wear outside or inside a riding jacket. The canister is ergonomically designed to follow the contour of a rider’s body, but because it’s the heaviest element of the vest, it won’t go unnoticed residing on the backside of a rider’s left rear hip.

The very user-friendly vest automatically activates via magnetic zip closures, then haptically notifies the wearer of the system’s readiness. Disengaging the system is almost as important as engaging it because the wrong series of motions or even a friendly slap on the back while off a motorcycle can trick the ECU into deciphering the event as a crash and engaging the system. So it is highly recommended to unzip the vest whenever you’re not riding to forgo any false deployments and save yourself from a $99 mishap.

Is the Tech-Air 3 worth the price? According to Alpinestars, the system reduces impact force on a rider’s body by up to 95%. If wearing the vest outside your everyday riding jacket is important, it’s the only game in town from Alpinestars. If the external option is unnecessary, for only $150 more the Tech-Air 5 provides additional airbag protection for a rider’s ribs, shoulders, and upper arms, and comes with an included traditional back protector. The 5’s algorithm is also switchable between street and racetrack. As mentioned, though, it’s twice as expensive to service the Tech-Air 5, which makes the Tech-Air 3 a much more affordable alternative. 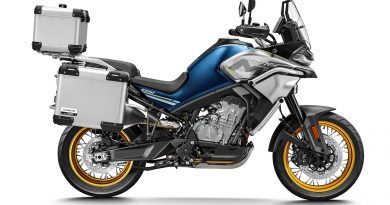 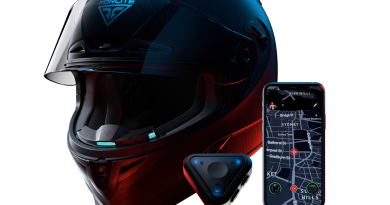