The Nomad 125 is powered by a 125cc, single-cylinder engine that produces humble output figures of 13hp at 9,000 rpm and 7.4lb-ft of torque at 7,000rpm. Despite being a beginner-friendly motorcycle, the Nomad 125 is equipped with some decent hardware, including a USD fork and disc brakes at either end.

Motoron also revealed the Warrior 400 and X-Nord 400 models, alongside the Nomad 125. While the manufacturer has not shared specifications, it’s expected that both of them will be powered by the same engine. The frame and hardware components will likely be shared by both models as well. What we do know at the moment is that the Warrior 400 features a modern classic design, while the X-Nord 400 will be an entry-level adventure motorcycle.

RideApart has also reported that both bikes are still undergoing the homologation process, so there’s no say when they will be available in the market. 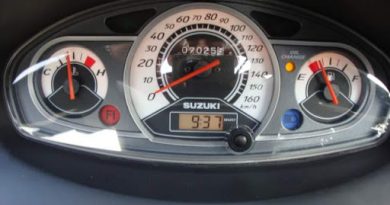