A five-year-old Tyler O’Hara getting ready for battle on his trusty Suzuki JR50. Photos courtesy of the O’Hara family.

Where: The Cow Palace, San Francisco

Tyler O’Hara’s first race was on his fifth birthday, and it was an Arenacross at the Cow Palace in San Francisco, California. The race didn’t go as planned as O’Hara didn’t win. Post-race and things got worse as little Tyler threw a temper tantrum, tossed his helmet on the ground, and then faced the consequences.

O’Hara’s first race was an Arenacross event at the Cow Palace in San Francisco.

“I got a little tiny trophy, and I watched all these other guys get big trophies, and I wasn’t happy,” O’Hara recalls. “I threw my helmet on the ground. Well, my dad wasn’t having any of it. He sat me down and told me this was never going to happen again or there would be no more racing.”

Armed with his first bike, a Suzuki JR50, O’Hara kept at it and raced a bit of this and a bit of that growing up in Northern California. His first trophy was won at the famous Lodi Cycle Bowl, where Tyler ended up being a bit of a regular.

Turns out that O’Hara wasn’t a one-trick pony, so motorcycle racing wasn’t the only thing in his life. He was also a gifted athlete and he excelled at football, baseball, and wrestling. In fact, he still gives a lot of credit in his everyday life to the coaching he got in his youth.

The first sizable trophy was earned at the Lodi Cycle Bowl.

No matter what sport he was playing at the time, O’Hara never really stopped riding and he later turned to Supermoto as his racing focus where he battled against the likes of Bobby Fong, Cameron Beaubier, Elena Myers and Joey Pascarella. O’Hara also proved to be adept at sliding sideways on the dirt and earned a Pro Expert national number along the way as he competed in the AFT Pro Singles series from 2009-2011, racing in events such as the Peoria TT, Pomona Half Mile, Calistoga Half Mile, Salinas TT, Springfield TT and even the famed Springfield Mile.

Eventually, O’Hara discovered road racing and, most notably, found his niche riding heavy, not-designed-for-racing motorcycles like the Harley-Davidson XR1200 he raced with success in the AMA series.

Fast forward to now and O’Hara, a second-generation motorcycle racer, is still using those skills, proving this year that he was the man in the MotoAmerica Mission King Of The Baggers series as he earned the 2022 championship after a year-long battle that wasn’t decided until the final race of the season.

The post Where And How It All Started: Tyler O’Hara appeared first on MotoAmerica. 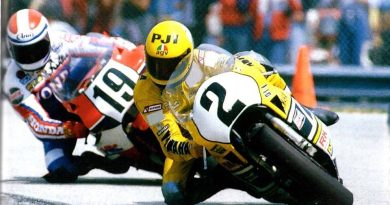 The Evolution Of The Daytona 200: We’ve Been Down This Road Before 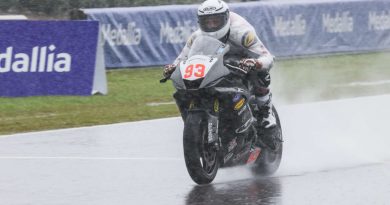 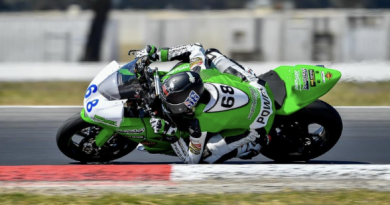