Toth, on the top step of the podium at Mugello, reflects on his victory. Photo courtesy of BK Corse.

2021 MotoAmerica Twins Cup Champion Kaleb De Keyrel finished fourth and just off the podium in the race, and the Minnesotan recorded the fastest lap of the race on his fourth circulation during the eight-lap event.

MotoAmerica paddock physician Dr. Carl Price, who is a veteran Twins Cup rider, brought his Aprilia RS 660 home in 11th place, while fellow MotoAmerica Twins Cup competitor Gino Angella, who usually competes aboard a Yamaha FZ-07/MT-07 in the U.S,, tried his hand at an Aprilia RS 660 and finished 13th in Saturday’s race one.

Race two of the Aprilia Trofeo from Mugello Circuit will commence tomorrow at 10:45 a.m. local time. 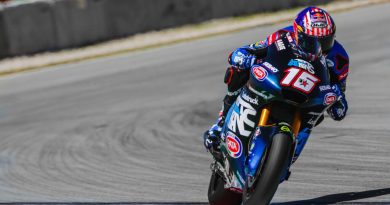 Dismal Day In Spain For Americans In Moto2 GP 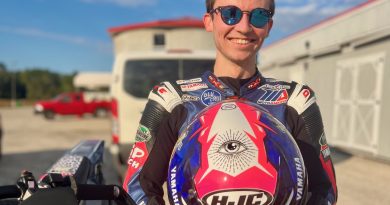 Jackson Back In Action: Blackmon Ready For 2023 MotoAmerica Season 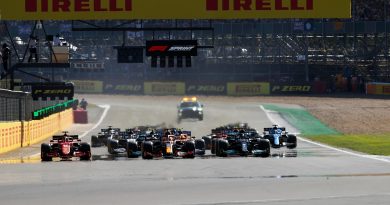