The following is from Suzuki Motor of America, Inc…

Bobby Fong, from Stockton, CA, won the 2019 MotoAmerica Supersport Championship for the M4 ECSTAR Suzuki team, and earned himself a spot on the team’s GSX-R1000R superbike last year.  Fong finished a strong third in the 2020 Honos Superbike Championship with multiple victories, and consistent podium finishes on his M4 ECSTAR Suzuki GSX-R.

In 2021, Team Hammer embarks on its 41st consecutive year of operating as an elite professional road racing team. In addition to an impressive list of accomplishments in various national and international motorcycle road racing championships, Team Hammer’s success at the AMA Pro and MotoAmerica National level is exceptional.

Along with an exceptional record of preparing, developing, and fielding championship-caliber equipment, Team Hammer is also known for its consistent ability to identify and foster road racing athletes, whether they be up-and-coming riders, overlooked international competitors, or established veterans looking to reignite their careers with Team Hammer.

Team M4 ECSTAR Suzuki will debut its full team lineup on March 30-31 at the 2021 MotoAmerica Official Test at Circuit of the Americas in Austin, TX.  Team Hammer and Suzuki will announce additional team riders in the near future. 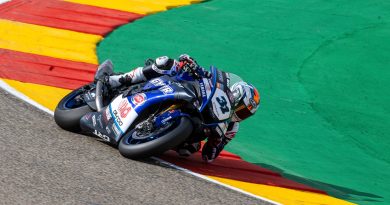 Gerloff Is Fourth-Fastest On Opening Day in Aragón 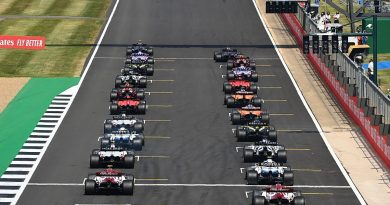 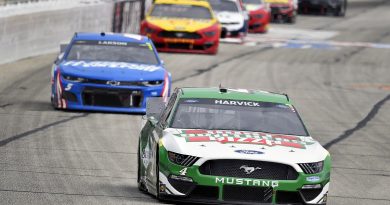 Is it now or never for Kevin Harvick this season at Atlanta?