There may little call for it here, but one American company has created a special motorcycle vault to store your valuables such as a wallet, phone and even a gun!

Console Vault who make vaults fr all sorts of vehicles says they are in the “peace of mind business”.

I’m not sure that carrying a gun in a vault on your motorcycle would provide me with a lot of peace of mind.

They say demand for in-vehicle protection is being driven by the “significant increase in firearm purchases” and a rise in “smash and grab” thefts.

However, the very nature of a “smash and grab” means it is quick. I’m not sure how quickly you could access your gun in this vault as you would have to pull over, unlock the vault and then get the gun out.

I should also point out that carrying a gun on a motorcycle in a vault could contravene even the lax gun rules in some states of America where you cannot conceal a weapon.

The latest $US399 (about $A560) Console Vault Motorcycle Safe is the first unit they have designed for 2014 or newer Harley-Davidson baggers.

The company plans to introduce new vaults for more motorcycle makes and models.

Each motorcycle safe is built with heavy gauge steel with a choice of three unique locking mechanisms.

They say they can be quickly and easily installed and fits in the saddle bag “without compromising the profile, balance or riding integrity of the motorcycle”.

Console Vault was established in 2002 in Columbus, Ohio.

The post Store your gun in motorcycle vault! appeared first on Motorbike Writer. 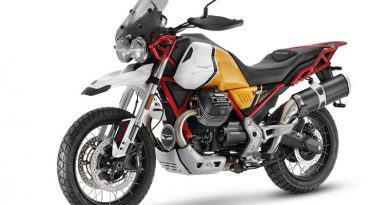 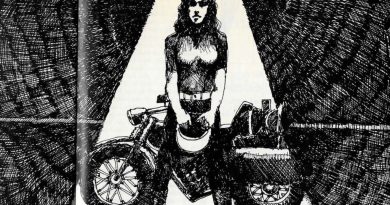 Alone: Onward Through the Fog