The Moto2 Grand Prix of the Americas ended in heartbreaking fashion for American Racing’s Cameron Beaubier with the five-time MotoAmerica Superbike Champion crashing out of fourth place with just a few corners left in the race after starting from his first-career Grand Prix pole position. That left Joe Roberts to carry the Stars & Stripes in the home round and the Italtrans Racing rider was up to the task, finishing eighth in the Grand Prix.

The race didn’t start well for Beaubier has he lost his lead from pole position in the very first corner. From there it was a struggle in what turned out to be a race of attrition. Beaubier suffered with shifting woes for the duration and was in a heated battle for fourth with Liqui Moly Intact GP’s Marcel Schrotter when he crashed on the last lap.

The Grand Prix was won by Tony Arbolino, the Elf Marc VDS Racing Italian 3.4 seconds ahead of IDEMITSU Honda Team Asia’s Al Ogura, who was a second and a half of Brit Jake Dixon on the Shimoko GASGAS Aspar Team Kalex.

Roberts is now ninth in the championship chase with Beaubier dropping to 15th. 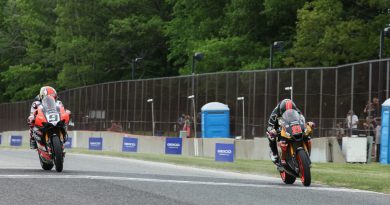 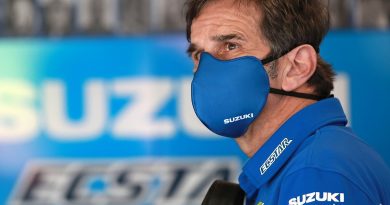 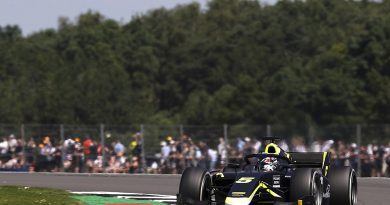