MotoAmericans Joe Roberts and Cameron Beaubier will start tomorrow’s Grand Prix of Portugal from ninth and 13th, respectively, with Beaubier enjoying his best qualifying position of the season after fighting his way into Q2 with a strong effort in Q1.

Roberts, who ended Friday with the fastest lap of the day, slipped down the order on Saturday on his Italtrans Racing Kalex, the Californian turning a 1:43.314 on his seventh of seven laps in Q2. Roberts had the third fastest time overall time after the practice sessions with a best lap of 1:42.872 set in FP3, but he couldn’t match that in Q2. He will start tomorrow’s Moto2 GP from the third row.

American Racing Team’s Beaubier didn’t make the cut into Q2 from the practice sessions and thus had to go through Q1, despite having his best lap of the weekend in FP3 – a 1:43.362 that left him 18th overall, but just .868 from Aaron Canet, the Spaniard who led the three sessions overall with a 1:42.494. Beaubier, the five-time MotoAmerica Superbike Champion, was impressive in Q1 and it earned him a spot in Q2.

Beaubier’s best in Q2 also didn’t match his best from practice and his 1:43.475 put him 13th and a spot on the fourth row. His best lap in Q2 was .574 of a second from pole, which was earned by Elf Marc VDS Racing’s Sam Lowes. It was the third straight pole position from the Brit in what is the third round of the 2021 season. 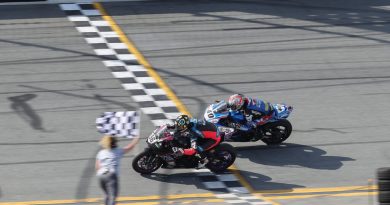 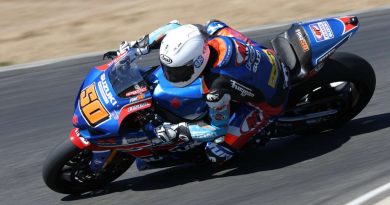 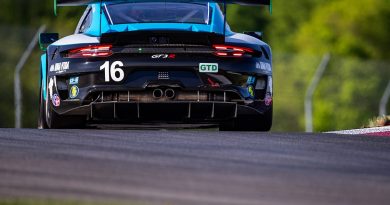