Following on the heels of the FIM’s approval of the Suzuki GSX-R750 for World Supersport competition, MotoAmerica, an FIM-sanctioned road racing organization, has approved the GSX-R750 for both the 80th running of the Daytona 200 and also the 2022 MotoAmerica Supersport Championship.

The three-quarter-liter sportbike, which has been a staple in Suzuki’s product lineup since 1985, is part of a group of motorcycles that make up what the FIM and MotoAmerica refer to as “Supersport Next Generation.” Other motorcycles in this classification include the Ducati Panigale V2 (955), MV Agusta F3 800, MV Agusta Superveloce (800), and Triumph Street Triple RS (765).

Suzuki now has two different motorcycles that are eligible for MotoAmerica Supersport competition: the Suzuki GSX-R600 and GSX-R750. On the surface, it would seem that choosing to race the Gixxer 750 instead of the 600 is a no-brainer. However, Team Hammer has won the two of the past three Supersport Championships with their riders Bobby Fong and Sean Dylan Kelly, who were both aboard GSX-R600 machines. The M4 ECSTAR Suzuki GSX-R600 is an extremely well-developed motorcycle and, last year, with SDK in the saddle, the bike beat the 636cc HONOS HVMC Racing Kawasaki ZX-6R ridden by defending class champion Richie Escalante. So, perhaps engine displacement doesn’t mean everything.

Speaking of the Kawasaki “636”–that infamous motorcycle that was the biggest bully on the block in 2020 before SDK played David to Escalante’s Goliath last season–there was once a time when the 636 played its own underdog role. In 2003, Kawasaki imported 125 636cc ZX-6Rs and raced the bike in the 2003 AMA Superstock Championship, which was predominately a 750cc race class. Despite the disadvantage in displacement, Tommy Hayden promptly won the 2003 season-opening Superstock race, at Daytona International Speedway no less, and against an absolute horde of mostly GSX-R750 machines.

Hayden went on to record four more wins that season, and he finished second in the season championship, just six points behind title winner Josh Hayes, who was aboard an Attack Performance Suzuki GSX-R750. And, by the way, the eldest of the three Hayden brothers did the same thing at Mid-Ohio in 1999 when he won the 750 Supersport race aboard a Yamaha YZF-R6, which was that bike’s very first year of production.

With today being the final day for entries in the Daytona 200, an early look at the entry list doesn’t show a single Suzuki GSX-R750, but there are several Suzuki GSX-R600s and a whole bunch of Yamaha YZF-R6s. Along with, of course, Josh Herrin aboard a Supersport-legal Warhorse HSBK Racing Ducati NYC Panigale V2. And, there are also a few other surprises that we aren’t ready to reveal just yet.

So, is there really no replacement for displacement? We shall see on March 10 when the Daytona 200 commences, and then on through the 2022 MotoAmerica Supersport season.

The post The Suzuki GSX-R750: Is There No Replacement For Displacement? appeared first on MotoAmerica. 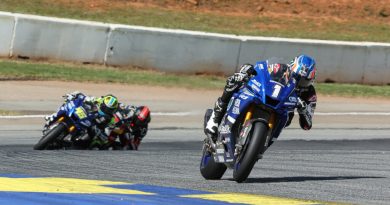 Gagne Bounces Back With Race Two Victory At Road Atlanta  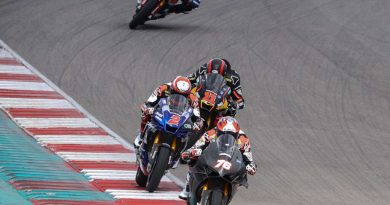 MotoAmerica Superbikes 2021: All Change At The Top 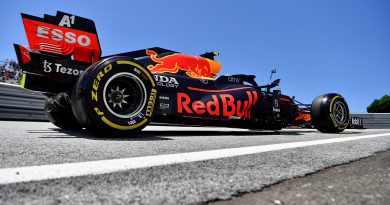