Joe Roberts was eighth in a torrential downpour in the Grand Prix of Thailand. Photo by Italtrans Racing

Italtrans Racing’s Joe Roberts finished eighth in a wet and wild Grand Prix of Thailand that saw the race stopped and not restarted as the rain continued to pound the Chang International Circuit with riders ultimately earning half championship points for their efforts. Behind Roberts came American Racing’s Sean Dylan Kelly, the Floridian enjoying his best-ever GP result in 11th place in his rookie season.

Kelly’s teammate Cameron Beaubier, meanwhile, shot from the fourth row into third place off the start, then made a pass for second on the opening lap, only to crash when he ran wide onto the wet and slippery curbing. Beaubier slid to a stop in front of the pack, fortunate to not get struck.

From there was a case of survival for most of the field with heavy rains ultimately bringing about a stoppage to the race. After a long delay it was stopped and no restarted. Since the race had not run at least two-thirds of race distance, half points were awarded.

“Today we raced in strange conditions: it wasn’t the classic race we are used to, but we still finished in the points,” Roberts said in a team release. “Now let’s look at the next challenge in Australia.” 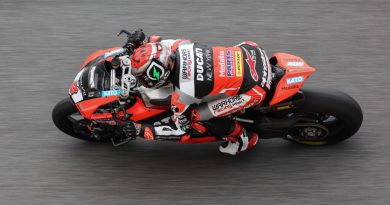 Herrin On Pole For 80th Running Of The Daytona 200 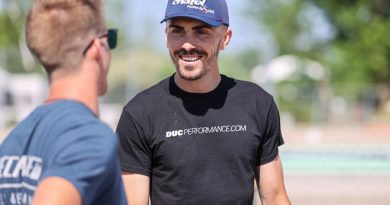 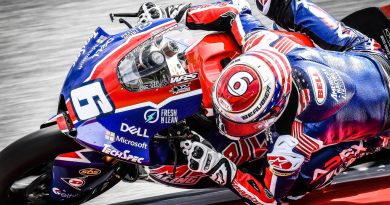