At the EICMA show in Italy, the Piaggio Group introduced the new Aprilia ELECTRICa project, as well as several updated models in the company’s brand range, including the following:

The Piaggio Group said its brands have “accepted the challenge of a changing world, introducing a vast offer of vehicles capable of meeting any mobility needs.” Pricing and availability dates of the new models have yet to be provided.

Although the Piaggio Group has been working on electric propulsion since 1975 – including releasing the first hybrid scooter in the world, the MP3 Hybrid, in 2009 – the Aprilia ELECTRICa project is a new concept for the company. Piaggio says the lightweight electric bike is the company’s response to the changing commuting needs in the world with a nod to “the thrilling riding experience that only a bike can provide.”

The electric motor on the ELECTRICa is positioned in the center and powers a chain final drive. The bike includes keyless ignition and LCD instrumentation. The aesthetics of the ELECTRICa carry the familiar Aprilia style, especially the modern interpretation of the triple headlamp cluster typical of all Aprilias.

The bike has compact dimensions and a low saddle height, and the company says the presence of both brake controls on the handlebar makes the transition from scooters easier.

Exact specifications, pricing, and availability were not available as of publication.

The 2023 Aprilia RS 660 Extrema is the sportiest and lightest RS 660 in the range, with updated and new standard equipment.

The 2023 RS 660 Extrema features a  lighter street-legal exhaust system by SC Project with a carbon silencer positioned on the right side (and no longer beneath the engine). Also contributing to the overall reduction in weight are the carbon front fender and the new carbon engine undercover. Wet weight is a claimed 366 lb.

The RS 660 Extrema sport attributes are emphasized by the single-seat tail fairing (the passenger’s seat comes with the bike). Standard electronics on the RS 660 include traction control, cornering ABS, engine brake, engine map, and wheelie control – all adjustable – as well as five ride modes (Road and Track, three fixed and two customizable). The RS 660 Extrema also has software that allows the rider to set up the standard quick shift in a reverse-shift pattern without having to replace any bike components.

Pricing and availability of the RS 660 Extrema were not available as of publication, but we expect an MSRP north of $11,599, the list price of the 2022 Aprilia RS 660.

The engine sits in a twin-tube steel cradle frame. Suspension is basic, with a nonadjustable 40mm fork on the front and preload adjustable rear shocks. Stopping power comes from Brembo opposed 4-piston calipers grabbing a 320mm stainless steel floating disc up front and Brembo 2-piston calipers and a 260mm floating disc in the back. The 16-inch aluminum alloy wheels are still shod in the V9 Bobber’s characteristic oversized tires (130/90 up front, 150/80 rear).

Piaggio says the 30.9-inch seat height contributes to the bobber’s “sporty, active, and extended riding position.” The V9 Bobber has a 4.0-gal fuel tank, and the bike comes in with an overall wet weight of 463 lb.

The new Moto Guzzi V9 Bobber Special Edition boasts a special Workshop twin-tone black and grey color scheme that enhances the teardrop fuel tank shape and extends to the aluminum side panels. A billet aluminum cap is a high-end touch.

The matte black brings out the Moto Guzzi branding milled on the aluminum cylinder head covers, and the familiar sound of the Moto Guzzi 850 twin cylinder is highlighted by the exhaust painted matte black with an aluminum bottom. Bar-end mirrors mounted at the ends of the handlebar, along with the fork seals and the short front fender, complete the equipment.

Pricing and availability on the 2023 Moto Guzzi V9 Bobber Special Edition were not available.

The Moto Guzzi V7 Stone was updated for 2021 with a larger air-cooled 853cc longitudinal 90-degree V-Twin making a claimed 65 hp at 6,800 rpm and 54 lb-ft of torque at 5,000 rpm. Other updates included reduced effort from the single-disc dry clutch, a stiffer frame and bigger swingarm with a new bevel gear for the cardan shaft drive, revised damping and a longer stroke for the preload-adjustable rear shocks, an updated ABS module, and more.

From a visual standpoint, Moto Guzzi has swapped out the matte shades typical of the Stone version for a special Shining Black color scheme, enhanced on the tank with graphics and red details that recall the style traits of the Eagle brand’s sportiest models.

This sport attitude is also highlighted by the red shock springs and contrasting red stitching of the saddle, also specific to this model. A plate on the handlebar riser identifies its special edition status, and the equipment package also includes bar-end rearview mirrors and an anodized black billet aluminum fuel cap.

Previous V7 Stone models started at $8,990. Pricing and availability of the 2023 Moto Guzzi V7 Stone Special Edition were not available at publication.

The 2023 Piaggio 1 has a full technological package that includes 5.5-inch digital color instrumentation, full LED lighting, and keyless ignition. It also has an underseat storage compartment large enough to hold a full helmet.

With both the versions, the battery is located beneath the seat and is easily removable and portable so it can be charged at home or in the office.

It has been four years since the last version of a Vespa scooter was launched, but at the beginning of October, the Piaggio Group announced the release of the new 2023 Vespa GTS range, featuring a 4-stroke, liquid-cooled 300cc high-performance engine (HPE) offering a claimed 23.8 hp at 8,250 rpm.

Built on the Vespa GTS base, the Vespa GTV maintains the traits of its origins but combines them with a new technological equipment package and new finishes, which Vespa says results in “an extraordinary marriage of tradition and modernity, classicism and aggressiveness, which manifests itself in the most authentically sporty Vespa ever.”

The low headlamp is LED, and the new instrumentation maintains the circular shape but is entirely digital and displays maximum speed, average speed, instant and average mileage, range, and battery charge status, as well as all call, message, and music notifications if the vehicle is connected to a smartphone through the Vespa MIA system (available as a separate accessory).

The instrumentation is connected to the handlebar using a cantilevered bracket and enveloped by a small top fairing with sport inspiration. At the center of the front shield, the Vespa “neck-tie” has lateral slits and is enhanced by decorations with orange edging. A USB port comes as standard equipment, located in the storage compartment on the back of the shield.

The Vespa GTV has a single-seat two-tone saddle with a racing look, and the rear part is designed for a hard cover color-coded to match the body and reminiscent of the typical racing Vespa fairings.

The five-spoke design of the wheel rims is also new – painted matte black with an orange graphic on the channel. On the safety front, standard features include ASR electronic traction control and ABS.

The Piaggio Group says the new Vespa Primavera Color Vibe is a “tribute to the colourful and carefree Vespa universe.”

The Primavera range features air-cooled i-get (Italian Green Experience Technology) 4-stroke engines available in 50cc and 150cc versions. The new Primavera Color Vibe is characterized by a special two-tone livery: the body, available in the Arancio Impulsivo and Bianco Innocente shades, is matched with a footboard in Ottanio, a shade of turquoise.

A contrasting color “stain” is outlined in black and runs diagonally across the entire body through the dedicated graphics on the sides of the front shield and side panels. The decorations of the steering cover on the front shield are also in Ottanio, as well as the wheel rims, which were made exclusively for this version in a special glossy metallic finish.

Finally, the outfitting is completed by sporty black trim for the headlamp and taillight frames, the profile that runs along the front shield, the crest on the front fender, the front suspension spring and guard, the passenger grab handle, and the muffler cover. The saddle is black with anthracite stitching.

The Vespa 946 special 10° Anniversario outfit has an exclusive dedicated color that represents a modern take on the classic Vespa green shade, a color that is described as “soft and velvety, but has a hint of acidity.” The pearlescent color appears pastel at first glance, but then gains depth with illumination. 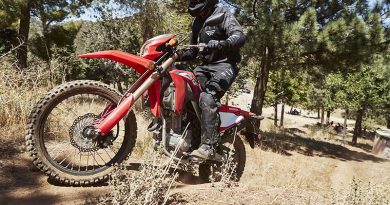 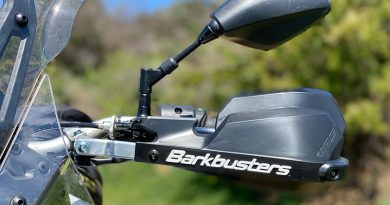 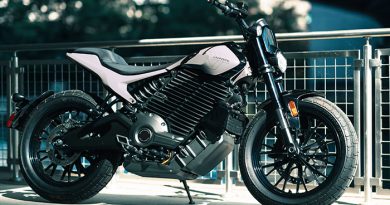