Racers who compete in the 2021 MotoAmerica AMA/FIM North American Road Racing Series have a chance to earn more than $5.3 million in purse and contingency payouts.

MotoAmerica’s cash purse—distributed across four race classes including Superbike, Supersport, Stock 1000, and Twins Cup—totals nearly $1.2 Million. In addition, Superbike Premier Entrants receive an additional guaranteed purse distribution of $2,000 for each of the 20 Superbike races. That’s $40,000 for the 2021 season.

Stock 1000 riders who compete in the Superbike Cup can also win $40,000 in additional Championship purse money from MotoAmerica. The top three Superbike Cup riders participating in the entire season receive a bonus purse of $25,000, $10,000, and $5,000, respectively. This is in addition to the free Superbike Cup entries and free Dunlop tires that the eligible riders receive.

The motorcycle manufacturers are also offering contingency support to the riders who compete aboard their motorcycles in the 2021 MotoAmerica Championship, and BMW, Honda, Kawasaki, and Yamaha have collectively posted payouts that total nearly $4 million.

In addition to MotoAmerica’s purse and the manufacturer’s contingency support, road racers competing in the MotoAmerica Championship are also eligible to receive considerable support from the manufacturers and distributors of everything from helmets, boots, and leathers to aftermarket parts, motor oil, fluids, and other chemicals used in motorcycle road racing.

For riders competing in the three-round Mission King of the Baggers Championship, Harley-Davidson is offering nearly $30,000 in contingency support, while S&S Cycle has posted more than $23,000 in support to riders using their exhaust systems and engine components. 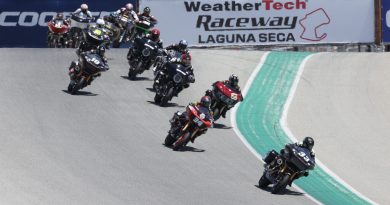 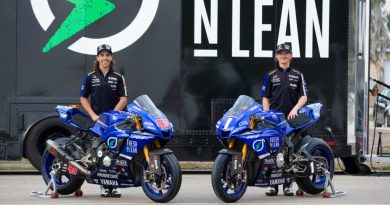