Fractured left elbow, be damned. Kyle Wyman made a statement in winning the 2021 Mission King Of The Baggers Championship. Photo by Brian J. Nelson.

Harley-Davidson factory rider Kyle Wyman came into the final round of the 2021 Mission King Of The Baggers Championship with a 16-point lead. Unfortunately, he also arrived at WeatherTech Raceway Laguna Seca for the third of three KOTB races with a surgically repaired elbow, which was the result of a crash he suffered during HONOS Superbike race two at Road America a few hours after he won the KOTB race. That was the bad news. The good news was that he didn’t have to win the KOTB race this past weekend to win the 2021 championship.

But, you don’t tell a motorcycle road racer that they don’t have try to win a race.

Wyman got the holeshot aboard his H-D Screamin’ Eagle Road Glide Special in Sunday’s race, and he led every lap from start to finish. After the first lap, he had already opened up a gap of more than a second at the front, and since it was an eight-lap race, he was on pace to win the race by more than eight seconds. With a lap time of 1:31.1 during the race, Wyman was not only lapping Laguna Seca as fast as the top-ten riders in the Twins Cup race, his KOTB lap times would have even qualified him for the Superbike grid.

Wyman ultimately eased off on the throttle a little bit as the race wound down, but he still won with a large gap back to Tyler O’Hara in second place. Again, Wyman didn’t have to win the race to win the title.

Wyman grew up in his grandfather Harv’s Harley-Davidson dealership in Macedon, New York, a business that is now owned by Wyman’s mother Kim.

A former Harley-Davidson-mounted flat track racer, Wyman also competed in the AMA Pro Vance & Hines Harley-Davidson XR1200 Series. He even leased XR1200s for other riders to race in the Series. But, he wasn’t a full-on H-D factory road racer until the 2021 Mission King Of The Baggers Championship.

The Harley-Davidson brand means a lot to Wyman and the Wyman family, and when Kyle, and later, his brother Travis, joined the Motor Company as factory road racers, that was the fulfillment of a dream for Kyle, Travis, and the entire Wyman family.

“It’s unbelievable,” Kyle said during the press conference after wrapping up the 2021 KOTB title. “Like I said on the podium, thinking I’d never race a Harley again when the XR’s were over with. Maybe I’d get on a flat track bike at some point and I’d race a Harley again, but no. I came back around full circle without me really taking one step away from the path I was on. For that to come together like that, it’s meant to be. There’s no other way to say it. It’s been an amazing journey to be working with the engineers at Harley-Davidson and just seeing the camaraderie that winning with them has brought to their whole company. Jochen Zeitz (president, CEO, and chairman of the board of Harley-Davidson) is emailing me saying, this is the greatest morale the company has had in 10 years. That kind of stuff is just incredible for what we’re doing with this effort. I can’t wait to see what the future of the class holds because three rounds is a triple crown and is a great championship. I wish we had five rounds, for sure. I’m really excited to see what happens in the future because there are a lot of fans who are here because of the Baggers, and it’s pretty amazing to see what kind of interest it’s bringing. So I’m excited for what it’s going to turn into. I feel like this is only the beginning.”

Will Wyman be back in 2022 to defend his 2021 Mission King Of The Baggers Championship?

“Absolutely,” he said. “I want to ride with that number one on. We’ve got a test coming up at Daytona in August. It’s only going to get crazier from here.” 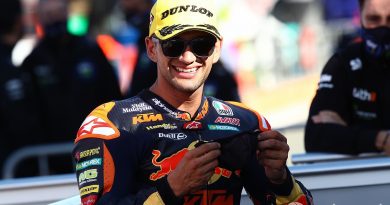 Zarco: Rookie Martin “has talent to adapt well” to MotoGP 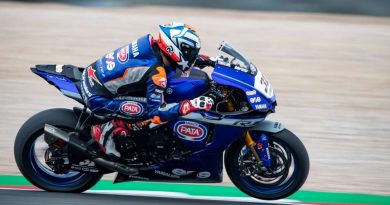 An Eventful World Superbike Race One From Donington Park 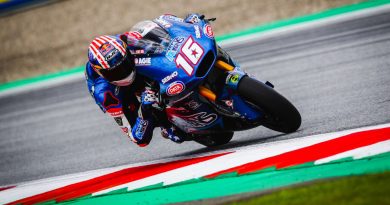