Hot off his victory at WeatherTech Raceway Laguna Seca, defending Mission King Of The Baggers Champion Kyle Wyman is tied with his brother Travis and just a single point behind Tyler O’Hara as the title chase heads to Brainerd, Minnesota. Photo by Brian J. Nelson

A single point separates three riders in the 2022 MotoAmerica Mission King Of The Baggers Championship with just two races remaining in the seven-race series, the first of which will take place at Brainerd International Raceway this weekend, July 29-31.

With Mission King Of The Baggers set to make its Minnesota debut on Sunday in Brainerd, the battle for the championship couldn’t be closer as wins in the past two races have moved the Wyman brothers – Kyle and Travis – and their factory H-D Screamin’ Eagle Harley-Davidson Road Glides to within a point of Mission Foods/S&S Cycle/Indian Challenger Team’s Tyler O’Hara and his Indian Challenger. O’Hara has led the championship since winning the opening round at Daytona International Speedway back in March.

With the title chase certain to go to the final round at New Jersey Motorsports Park, September 9-11, the Brainerd round may be the season’s most critical as it will set the stage for the finale.

With his win at WeatherTech Raceway Laguna Seca a few weeks ago, Kyle Wyman became the first two-time winner in the 2022 Mission King Of The Baggers series. The win moved him into a tie with his brother Travis for second – just that single point behind O’Hara. Fourth place in the chase for glory is held by Ulsterman Jeremy McWilliams, the teammate to O’Hara and the fourth rider to win a race thus far in 2022. McWilliams also is in the hunt for the title as he trails his teammate by just nine points with two races to go.

After failing to finish the opening race at Daytona, Vance & Hines’ James Rispoli has proven to be a thorn in the side of the four factory riders ahead of him with two podium finishes in the past three races. Rispoli’s V&H teammate Taylor Knapp rounds out the top five as the series lands in Minnesota.

Supersport – Will Anyone Stop Herrin?

Josh Herrin and his Warhorse HSBK Racing Ducati NYC Panigale V2 have dominated this year’s Supersport Championship, and he rolls into BIR with a gaudy 81-point lead in the championship.

Herrin has seven wins on the season – and four in a row – in what is his first season on the Panigale V2. In the two races he didn’t win, Herrin finished fourth and third. Thus, he has podium finishes in nine of the 10 races held thus far.

The 16-year-old Scott sits second in the title chase with six podiums, but he also has two non-finishes as he learns the ropes of the class in his rookie season. Scott is just five points ahead of Landers Racing’s Rocco Landers as the two youngsters fight it out for second in the championship while trying to stop the runaway Herrin train.

Alpha Omega’s Cody Wyman had a successful weekend at WeatherTech Raceway Laguna Seca with a victory in race two and a second-place finish in race one. As for the SportbikeTrackGear.com Junior Cup Championship… well, it was an extremely good weekend for Wyman as most of his competition hit some bumps in the road.

And just like that, Wyman leads the championship by 18 points over Rodio heading into Brainerd, 166-148, with LiMandri two points farther adrift with 146, while Yaakov and Van fall 44 and 52 points behind Wyman, respectively.

If Disrupt Racing’s Hayden Gillim hopes to take the fight for the Yuasa Stock 1000 Championship to the end of the season, he needs to start beating Tytlers Cycle/RideHVMC Racing’s Corey Alexander sooner rather than later.

With his fifth win of the season and fourth in a row, Alexander arrives in the Land of 10,000 Lakes with a 17-point cushion on Gillim and a 22-point lead over his Tytlers Cycle/RideHVMC Racing teammate Travis Wyman with those three separating themselves from the rest of the class.

If you take away his qualifying crash at VIRginia International Raceway that forced him out of both races with a concussion, Alexander hasn’t been beaten thus far in 2022. The race wins in his absence in Virginia went to Gillim, and those two are the only riders to win Yuasa Stock 1000 races so far this season.

Travis Wyman and DiBrino Racing’s Andy DiBrino, meanwhile, are the only riders in the top five who have finished all seven races.

REV’IT! Twins Cup – Barry By The Skin Of His Teeth

It’s rare when a racer can have two non-finishes in a row and still hold on to the lead in their respective championships, but Jody Barry has somehow managed to do that. With four wins in the first six REV’IT! Twins Cup races, Barry and his Veloce Racing Aprilia RS 660 looked to be cruising right along to a class championship. Right up until the point that he wasn’t.

Barry’s troubles began with a non-finish in race two at Ridge Motorsports Park and continued with zero points coming his way in the lone Twins Cup race at WeatherTech Raceway Laguna Seca.

With Rodio Racing/Warhorse HSBK Racing’s Anthony Mazziotto winning both races at Ridge and finishing sixth at Laguna Seca, the New Jerseyan gained 35 points on Barry and now trails by just four points as the series arrives in Minnesota. Although there’s plenty of racing left, those two appear to have the edge on the rest of the field as N2 Racing/BobbleHeadMoto’s Blake Davis is 36 points behind Barry in third place. Davis, however, did find himself back on the podium with a second-place finish at Laguna Seca, thus ending a podium drought that dated back to his victory at Daytona in the very first race of the season.

Cycle Tech’s Hayden Schultz is just three points adrift of Davis in fourth and just nine ahead of defending class champion Kaleb De Keyrel, with De Keyrel set for a return to his home track at BIR this weekend.

Royal Enfield Build. Train. Race. – The Girls Are Back In Town

The Royal Enfield Build. Train. Race. program will race for the third time in 2022 with a return to Brainerd International Raceway for the 15-strong field of Royal Enfield Continental GT 650s.

The class championship is led by Washington’s Jennifer Chancellor by just seven points over Georgian Jessica Martin and by 11 over VIRginia International Raceway round winner Kayleigh Buyck. But this is anybody’s title at this point with the top 10 separated by just 18 points as the series hits Brainerd.

With 2021 Yuasa Stock 1000 Champion Jake Lewis moving up to the Medallia Superbike class full-time this season, Michael Gilbert suffering a broken leg at Ridge Motorsports Park and Stefano Mesa not entered for Brainerd, the top three in Stock 1000 is guaranteed to be different in 2022. Last year, Lewis topped Gilbert by 3.7 seconds with Mesa third, another two seconds adrift.

Sean Dylan Kelly had a perfect weekend at BIR last year with victories in both Supersport races en route to what would be a championship-winning season for the Floridian. His rival Richie Escalante, meanwhile, had his first non-finish of 2021 after five straight runner-up finishes to Kelly. Kelly is now racing in the Moto2 World Championship with Escalante moving up to the Medallia Superbike class on the Vision Wheel M4 ECSTAR Suzuki team.

The next win in REV’IT! Twins Cup for De Keyrel will be the 10th of his career in Twins Cup racing and that will make him the all-time winningest rider in the class. De Keyrel is currently tied with Rocco Landers with nine career wins in Twins Cup.

The young rider who won the SportbikeTrackGear.com Junior Cup Championship last year won his sixth race of the season in race two at BIR a year ago. Tyler Scott, who now competes in the Supersport class on a Vision Wheel M4 ECSTAR Suzuki, beat Cody Wyman in race two – a day after losing out to Ben Gloddy in race one. Gloddy now competes in the MotoAmerica REV’IT! Twins Cup series.

The post Just One Point Separates Threee Riders In The Battle For Mission King Of The Baggers Title appeared first on MotoAmerica. 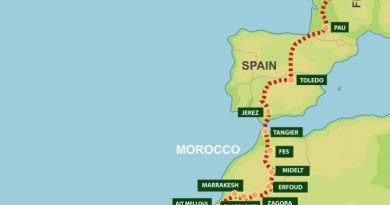 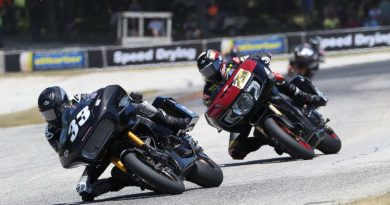 MotoAmerica King Of The Baggers To Feature Six Rounds In 2022, Including Daytona 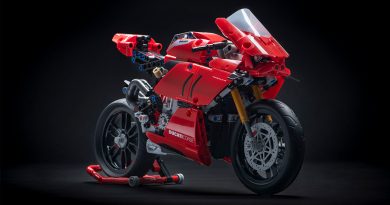 LEGO® Teams Up With Ducati