Richie Escalante will ride for the M4 ECSTAR Suzuki team in the 2022 MotoAmerica Supersport Series.

Team Hammer, Inc. is excited to announce the signing of Richie Escalante to compete in the 2022 MotoAmerica AMA/FIM North American Road Racing Series.

The 26-year-old Escalante joins forces with M4 ECSTAR Suzuki after spending the previous two seasons as the team’s most fierce competitor in the battle for the MotoAmerica Supersport Championship. Escalante became the first Mexican to win an AMA Pro/MotoAmerica National road racing championship in 2020 with a stunning 13-win, 16-podium Supersport campaign. He backed that up with a strong three-win, 14-podium effort in his title defense, ultimately finishing as 2021 runner-up to his great rival, Sean Dylan Kelly, who won 12 races and 17 podiums and is graduating into the Moto2 World Championship in 2022.

A native of Tizayuca, Mexico, Escalante will slot into SDK’s place aboard a Team Hammer-prepared Suzuki GSX-R with the expectation of continuing the championship-winning ways of both himself and the squad.

“First off, I am very happy to work with Team Hammer, so thanks to John and Chris Ulrich for this opportunity,” said Escalante. “My goal is to get the Number One plate back and I am ready to start working towards our goal. I learned a lot this past season and I think that will help me be even more competitive this year. I am also ready to see how my aggressive style works on the Suzuki. I like to push hard and slide under braking and the Suzuki seems like a great bike. The Daytona 200 has also been a goal of mine so I am really looking forward to getting started and winning the most races possible this year.”

Prior to his emergence as a Supersport superstar, Escalante established himself as a race winner and title contender in Superstock 600 competition. He continued his rapid development as a professional racer with a pair of podium-winning seasons in 2018 and 2019, in which he finished the season ranked sixth, and fifth, respectively, before his historic 2020 campaign. Escalante has repeatedly shown himself to be a determined and relentless racer, equally capable of running away at the front or launching late-race assaults for the checkered flag.

“We’ve seen what Richie can do on the racetrack and we’ve always had a lot of respect for his abilities,” said Team Hammer’s Chris Ulrich. “He was so dominant in 2020 en route to his championship that our team had to step up our technical program. Richie has always been on our radar as a racer we’d like to work with. Now the time is right. We know how good Richie is and we think he can be even better with our technical package.” 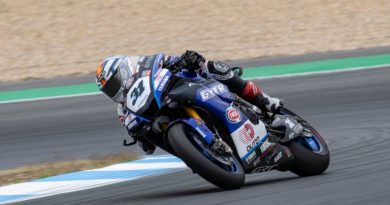 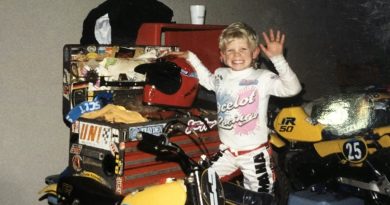 Where And How It All Started: Tyler O’Hara