Skip to content
MotoAmerica Motorcycle race
May 20, 2022
Gerloff’s main mission on Friday was to focus on being consistent, but he still managed to go third-quickest on the day. Photo courtesy of GYTR GRT Yamaha WorldSBK Team.

Former MotoAmerica Superbike rider Garrett Gerloff got off to a great start in round three of the 2022 MOTUL FIM Superbike World Championship at Circuito Estoril in Portugal. The GYTR GRT Yamaha WorldSBK Team rider topped the time sheets in Free Practice 1 with a fastest lap of 1:36.572

Gerloff, who took two podiums at Estoril in 2020 and was also in the podium fight last year, finished third in Free Practice 2, which put him third overall. He and his team focused on long runs during FP2 in order to improve their race pace, and they made steps forward with the setup of his #31 Yamaha YZF-R1.

“I’m feeling great at this circuit,” Gerloff commented. “I really enjoy the track. I think it’s good for the Yamaha R1, as well. In the afternoon, we worked more on race pace with used tires, looking to put everything together for this weekend. The lap time could have been closer in the end, but we were just focusing on being consistent. To see my name on the top in the morning was really nice. Now we’ll just keep working during FP3 and aim for a good qualifying.”

Frenchman Loris Baz, who raced in MotoAmerica Superbike this past year, was eighth overall on Friday aboard his Bonovo Action BMW and just over a second adrift of Toprak Razgatlioglu, who was fastest overall on the day.

Both riders will be back on track tomorrow, with FP3 at 9 a.m., followed by Tissot Superpole qualifying at 11:10 a.m. and Race 1 at Noon. All times local.

The post Gerloff Is Third-Fastest On First Day At Estoril appeared first on MotoAmerica. 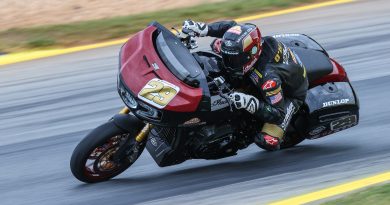 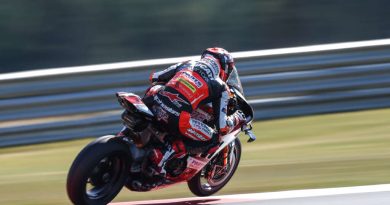 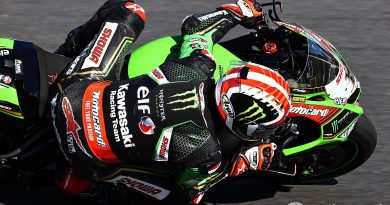 Rea ‘one of the top five in the world’, says crew chief