Chinese brand CFMoto has been making huge strides in the motorcycle industry. Having been in close communications with Austrian brand KTM since 2013, CFMoto has acquired access to the American markets, where they have been dominating the ATV and UTV sector since 2006.

Amidst all this, the company has been popping bikes out at a steady rate – beasties such as the 700 CL-X, which debuted in Europe just last month, its Quatre-Litre sibling, the 250 CL-X (currently only available in the Eastern Hemisphere), as well as the launch of their long-anticipated 800 MT range and an official confirmation of their range of electric bikes in December of 2020.

Now, we’ve just received word from AutoEvolution and VirusCars that the company is working on a new middleweight sportbike – and it may be a new, budget-friendly rival to Yamaha’s R7.

Here is what we know:

VirusCars states that, believe it or not, this isn’t really news that’s rocking anyone’s boats; with CFMoto currently in ownership of over half of the company of KTM, the Chinese brand is in the perfect position to create something between KTM’s RC390 and their new flagship supersport, the RC8C.
With the release of the R&D Europe Modena 40 design studio’s new SR-C21 concept (sporting an SC-Project twin-exhaust, which will likely put the bike in the parallel-twin category), CFMoto has obviously been working in new corners of their market, evolving their 300SR supersport beastie for the occasion…what we’re saying is that we wouldn’t put it past them to continue that evolution. (Dubious at the potential? Just take a gander at the lineup they had a mere 10 years ago compared to what they’re putting out now.)
Assuming that CFMoto goes with the ingredients they currently have (which they’re known for) and uses intel and ideas from KTM (why wouldn’t they), the end result could be a cheaper, more dumbed-down, accessible replica of the RC8C. This is based on what we know of the SR-C21’s current aesthetics, combined with VirusCar’s comment – “the 300SR uses a smaller-displacement version of the 390 RC’s engine. So, a replica of the RC 8C could work with the same engine that’s found on the 800 MT”.
– Sure, the SR-C21 could be a remix of their newer 700 CL-X. If so, let’s explore that. You’re looking at 73 pretty ponies and 68 Nm (50 ft-lb) at 6,500 rpm. The Yamaha R7, by contrast, shows similar specs – 72.4 hp, with 67 Nm of torque @ 6500 rpm. The most important part about this comparison is that the linear torque in the R7 makes it perfect for easy power anywhere in the revs – something that would be interesting to compare to the SR-C21 if CFMoto decides to recreate the R7’s displacement numbers.

All told, CFMoto could have a very important beastie on their hands if they stick to the script and churn out a middleweight sportbike costing under $9,000. Not only would it compete with the likes of the Aprilia RS 660 and the Yamaha R7, but it could draw some serious attention.

What do you think? Are we going to get a bike to rival Yammie’s spiffy brainchild?

As always, we love to hear from you, so drop a comment below and let us know what you think (and maybe spruce up on lineups from Aprilia and Yamaha as CFMoto cooks up another update on this bike). 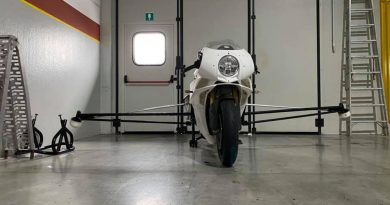 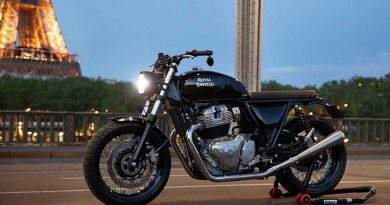