Hayden Gillim arrives at Road America with the hot hand in the Yuasa Stock 1000 class with two wins in a row and a 23-point lead in the championship.
Photo by Brian J. Nelson

A record-breaking 231 entries will do battle at Road America this weekend, June 3-5, with seven classes of MotoAmerica racing, headlined by the Medallia Superbike class, taking to the picturesque racetrack in Wisconsin.

The Mission King Of The Baggers series ascends on Road America for the fourth round of its championship with Mission Foods/S&S Cycle/Indian Challenger Team’s Tyler O’Hara leading the title chase by 10 points over his teammate Jeremy McWilliams and by 20 over defending champion Kyle Wyman and his H-D Screamin’ Eagle Road Glide, who is tied with his brother and teammate Travis Wyman for third.

Parity has been the name of the game so far with three different winners in the three races. O’Hara and Northern Ireland’s McWilliams split wins at Daytona and Kyle Wyman won the most recent round at Road Atlanta. With the Harley-Davidson factory just down the road in Milwaukee, the Wyman brothers will be out to pull back the points deficit to the two Indians.

A rider who might just upset the apple cart is James Rispoli, the New Yorker finishing second at Road Atlanta on his Vance & Hines Harley-Davidson.

Warhorse HSBK Racing Ducati NYC’s Josh Herrin was perfect going into the most recent round at VIRginia International Raceway, but he lost his first raced of the year to Josh Hayes in a thrilling Supersport battle. The next day, however, Herrin returned to the top step of the podium on his Ducati Panigale V2 and as a result he now holds a 31-point lead over Vision Wheels M4 ECSTAR Suzuki’s Sam Lochoff.

Just a single point behind Lochoff is Landers Racing’s Rocco Landers with Lochoff’s rookie teammate Tyler Scott, fresh off two podium finishes at VIR, fourth in the standings and just nine points behind Landers. Hayes is fifth in the title chase but won’t be racing at Road America this weekend.

Disrupt Racing’s Hayden Gillim arrives in America’s Dairyland with the hot hand in the Yuasa Stock 1000 class with two impressive wins coming at VIR two weeks ago. Add that with his fourth-place finish in the season opener at Road Atlanta and Gillim arrives in Wisconsin carrying a 23-point lead and a whole bunch of momentum – thanks in large part to the miscues of his rivals at VIR.

VisionWheel/DiscountTire/KWS’ Geoff May is the closest to Gillim with two runner-up finishes at VIR to go with his DNF from Road Atlanta. Things are close from May on back with PDR Motorsports rider Maximilliano Gerardo two points behind May and one point ahead of Tytlers Cycle/RideHVMC Racing’s Travis Wyman. Those two are followed in short order by JLC Concrete/KTM/DiBrino Racing’s Andy DiBrino, Tytlers Cycle/RideHVMC Racing’s Corey Alexander (the winner of round one), Mesa37 Racing’s Stefano Mesa and Motorsport Exotica Orange Cat BST Racing’s Ezra Beaubier. Michael Gilbert, Danilo Lewis, Hunter Dunham and Jeremy Coffey are all just a single point behind as 20 points separate second from 13th.

Forty-two entries have been accepted for Yuasa Stock 1000 this weekend.

With three wins in five races, Veloce Racing’s Jody Barry is making short work of the Twins Cup Championship after five races. Barry and his Aprilia RS 660 have won three of the five races and have jumped out to a 43-point lead, 106-63 over Robem Engineering’s Teagg Hobbs.

While Barry has some breathing room, no one else does. Hobbs is just two points ahead of Cycle Tech’s Hayden Schultz; Rodio Racing/Warhorse HSBK Racing’s Anthony Mazziotto is one point behind Schultz; North East Cycle Outlet Racing/Trackday Winner’s Jackson Blackmon trails Mazziotto by four points; Robem Engineering’s Ben Gloddy is separated by five to Blackmon; and James Rispoli, who is also competing in the King Of The Baggers At Road America, is four points behind Blackmon.

Despite being disqualified from his race-two victory at VIR, SportbikeTrackGear.com’s Max Van still leads the title chase in Junior Cup with two wins and a second-place finish.

Wrench Motorsports’ Cody Wyman won race one at Road Atlanta and inherited the victory with Van’s DQ from race two at VIR to sit second in the championship – nine points behind Van. A further eight points adrift is Aden Thao, the Calshine Racing rider coming in with two podium finishes on the year.

The women of the Royal Enfield Build. Train. Race program will hold their second race of the season at the racetrack on which the class made its debut a year ago.

With 15 entries set to go at Road America, the series point standings is led by VIR winner Kayleigh Buyck by five points over VIR runner-up Crystal Martinez and by nine over Chloe Peterson with those three racers new to the class this year.

The Briggs & Stratton Motorplex will be the site of the opening round of the MotoAmerica Mini Cup by Motul with the series’ youngest riders doing battle in three classes – 190cc, 160cc and 110cc – on Saturday evening at the karting facility on site at Road America.

In Supersport a year ago, it was Stefano Mesa beating Sam Lochoff and Benjamin Smith in race one before normalcy returned in race two with Richie Escalante topping rival Sean Dylan Kelly. Those two had crashed together in race one while battling for the lead. Mesa’s win was his first career MotoAmerica Supersport victory.

Tyler Scott and Gus Rodio split wins in the SportbikeTrackGear.com Junior Cup class in 2021. Scott beat Cody Wyman and Max Toth in race one with Rodio beating Scott and Toth in race two.

The rider who would go on to win the Twins Cup Championship was the rider who left Road America with the victory and the points lead – Kaleb De Keyrel. De Keyrel beat Jackson Blackmon and Chris Parrish to take the victory, his second of the season to that point. 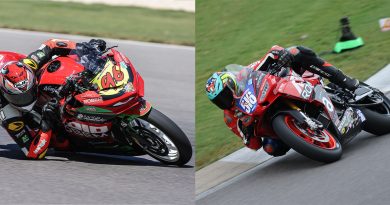 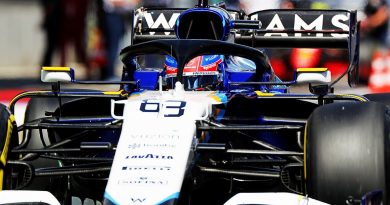 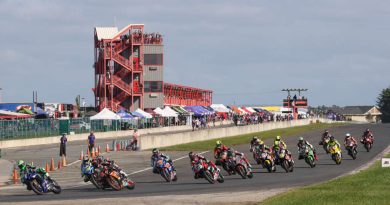