It was a cold and miserable day at the French Grand Prix, especially so for Americans Cameron Beaubier and Joe Roberts with the pair crashing out of different points of the Moto2 GP – one early and one in the waning stages of the race.

Roberts, who started from the front row, went down first, the Italtrans Racing rider tumbling out of a battle for the lead in the early laps. The Californian wasn’t alone, though, as several of the top men found themselves in the gravel traps early on in the difficult conditions, including both Elf Marc VDS Racing Team riders Sam Lowes and Augusto Fernandez.

Beaubier, who started 23rd on the grid, went on a charge, the five-time MotoAmerica Superbike Champion working his way through the carnage and the pack to put himself at the sharp end of a battle for sixth place. But with just five laps to go, it all went horribly wrong for the American Racing rider as he lost the front and crashed.

The race was won by class rookie Raul Fernandez, the Red Bull KTM Ajo rider holding off bis teammate Remy Gardner by 1.4 seconds to claim the first Moto2 win of his career. SKY Racing Team VR46’s Marco Bezzecchi round out the podium, some four and a half seconds behind Gardner.

Gardner now leads Fernandez by just one point, 89-88, in the Moto2 World Championship with Bezzecchi third, 17 points adrift. Roberts is sixth in the title chase with 31 points with Beaubier 16th.

“It’s a pity for today,” Roberts said in a team release. “I felt really strong and from the first lap we had the pace to try win the race. I was trying to get close to Bezzecchi to make a pass but he broke a little bit more than I expected and I had to avoid him losing the front. It’s a big shame. We have to take the positive side from this weekend, because we showed we can turn the tide. I’m looking for the test we have in Barcelona and the race in Mugello.” 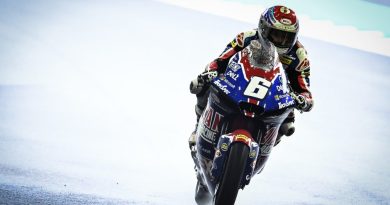 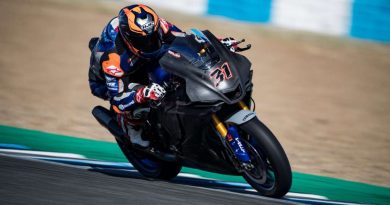 Gerloff Talks About The Jerez Test And The Progress Made 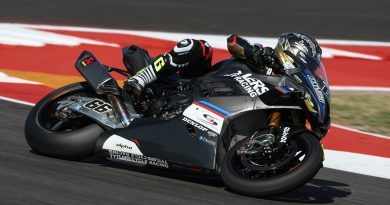