Cameron Beaubier (6) finished 11th in the Japanese Grand Prix on Sunday at Motegi.

American Racing’s Cameron Beaubier was half a second away from a top 10 finish in today’s Moto2 Grand Prix of Japan with the five-time MotoAmerica Superbike Champion beating countryman Joe Roberts and his Italtrans Racing Kalex to the line by just .129 of a second after 22 laps of the Motegi Circuit.

Beaubier started eighth on the grid and battled inside the top 10 for the majority of the race. Roberts, on the other hand, started farther back and worked his way forward, eventually finishing on the rear wheel of Beaubier.

“Japan is a cool place, and the track has such a good flow to it,” Beaubier said in a team release. “The limited dry track time made it pretty tough, but I felt like it’s hard to ask for much more considering. I got a really good start, but I couldn’t hold the pace of the front guys. I found a pretty good rhythm in the middle of the race, but toward the end, I was hanging on for dear life, sliding around everywhere. From where we were in what little dry track time to how I rode in the middle of the race, I’m pretty content. Next week, I don’t really know what to expect going into Buriram, but it looks like a nice track so I’m looking forward to it.”

Fernandez now leads Ogura by just two points, 234-232. Aron Canet, who crashed out of the lead in today’s Grand Prix, is third with 177 points. 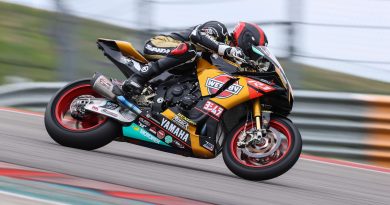 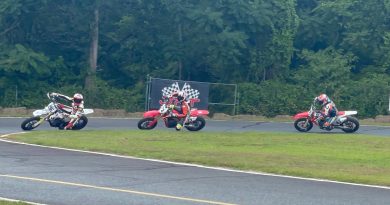 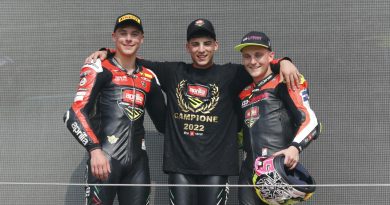