Joe Roberts was the top American on day one at the Dutch Grand Prix after ending FP1 and FP2 with the ninth fastest time. File photo courtesy of Italtrans Racing.

The MotoAmericans competing in the World Championship faced mixed conditions in today’s FP1 and FP2 sessions at the Circuit van Drenthe in Assen, Holland on Friday with sessions held on both a wet and dry racetrack.

In Moto2, Italtrans Racing’s Joe Roberts ended the day ninth fastest overall with his 1:37.622 coming on a dry racetrack in FP1. Roberts led portions of the wet afternoon FP2 session but ended up ninth with his best lap in the rain a 1:49.225.

American Racing’s Cameron Beaubier worked his way into the top 10 early in the wet FP2 session, but a crash ended his session early. With track conditions improving as the session wore on, Beaubier slipped down the order to 28th.

The bright side, however, was Beaubier’s performance in the dry FP1 where he ended up 18th (and thus 18th overall) with his 1:37.923 just a tick over a second off the best Moto2 lap of the day. After Friday’s opening two sessions, Beaubier is just .118 of a second away from a direct path to tomorrow’s Q2 session.

Garrett Gerloff had a learning day in MotoGP as he fills in for the injured Franco Morbidelli on the Petronas Yamaha SRT team in his Assen and full MotoGP debut. Gerloff lapped at 1:35.961 in the first session and followed that up with a 1:35.744 in the second. That put him 22nd and 2.6 seconds off the best time, set in FP1 by Monster Energy Yamaha’s Maverick Vinales.

Vinales was fastest in both FP1 and FP2 a week after his last-place finish in the German Grand Prix at the Sachsenring. 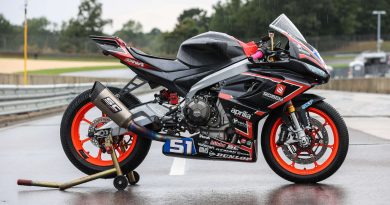 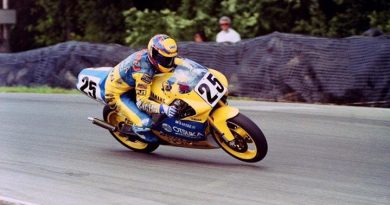 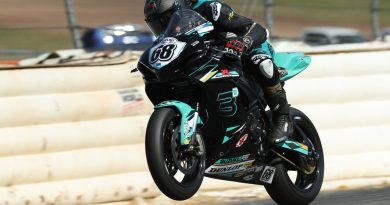