Skip to content
FEATURED Motorcycle review Rider Magazine
August 23, 2022
August Beck, who is 6 going on 7 and had never ridden a motorcycle before, helped us test the 2022 Greenger x Honda CRF-E2 electric dirtbike. Photos by Kevin Wing.

Do you remember the pure joy of your first motorcycle ride? If you started young, you probably have magical memories of ripping around your neighborhood on a Honda Mini Trail, a Rupp Dart Cycle, or some other minibike.

Or if you had trails or a track nearby, maybe you rode a little dirtbike like a Yamaha PW50 or Honda Z50R.

If you were lucky, you got a minibike for your birthday or Christmas. If you weren’t, you nagged your parents incessantly to buy one or befriended the kid down the street who had one.

Childhood isn’t as carefree as it used to be, and neighbors aren’t as forgiving of noise. Minibikes and peewee dirtbikes are still sold at local dealerships and outdoor retailers, but there are fewer places to ride them – and fewer parents willing to let their kids do so.

The CRF-E2 has red plastic bodywork, as well as blue and white graphics mimicking those of Honda Performance dirtbikes like the CRF450R and CRF250R.

My buddy Paul Beck and I met on monthly adventure rides hosted by our local BMW dealership. His wife, Allison, became friends with my wife, Carrie, and in 2015, soon after Paul and Allison had their first child, August, they bought a house down the street from us.

Carrie and I don’t have kids of our own, and we enjoy being “aunt and uncle” to August and his younger brother, Wolfgang. When August was 18 months old, we got him a bright-red Strider balance bike and a matching stars-and-stripes helmet for Christmas.

August getting the hang of the Strider. Photo by Allison Beck.

Since he started so young, it took August a while to get the hang of the Strider. He mostly paddle-walked it, and he wasn’t a fan of the helmet. But before we knew it, he was zipping around with his feet up on the footrests, coasting and balancing on two wheels with an ear-to-ear grin on his face.

From the Strider he graduated to a BMX bike, which he picked up quickly.

When the Greenger x Honda CRF-E2 electric dirtbike was announced back in March, I knew it would be perfect for August.

Built by Greenger Powersports, the CRF-E2 is officially licensed by American Honda.

Knobby Tires but No Noise

Designed and manufactured by Greenger Powersports, the CRF-E2 is an officially licensed product of American Honda and only available through Honda powersports dealers (MSRP is $2,950). The electric equivalent of a 50cc dirtbike, it’s powered by a 48-volt brushless DC electric motor that produces up to 3.4 hp and 18.4 lb-ft of torque and has two power modes.

The CRF-E2 is powered by an air-cooled 48-volt brushless DC motor with an inner rotor that’s rated at 25 kW.

With a full charge, the CRF-E2’s lithium-ion battery lasts up to two hours. Using a 110V outlet, the battery can be fully charged in four hours – or 2.5 hours with the optional quick-charge system ($250). It also has a swappable battery, and a spare battery costs $1,000.

For American Honda to license something made by another company, the build quality and reliability had to meet exacting standards. The CRF-E2 has a twin-spar aluminum frame, a tapered aluminum handlebar, front and rear hydraulic disc brakes with petal-style rotors, adjustable aluminum brake hand levers, and 12-inch spoked aluminum rims with Kenda Millville K771 knobby tires.

The CRF-E2 rolls on 12-inch wheels with Kenda knobbies.

Suspension is handled by a 33mm telescopic fork with 3.9 inches of travel and a rear monoshock with 3.8 inches of travel and adjustable preload and rebound. The shock’s top mounting bolt has two positions that alter the seat height from 24.8 to 25.5 inches. The CRF-E2 accommodates riders up to 99 lb.

The top mounting bolt for the DNM has two positions to adjust seat height. The included standard charger plugs into a 110V outlet.

To get August ready for his first ride, Fly Racing sent us a full set of youth dirtbike gear: a Formula Carbon Prime Rush helmet with Adaptive Impact System; Zone goggles; Kinetic Wave jersey, pants, and gloves; Maverik motocross boots; and a Barricade jersey and knee/shin guards. August said he felt like a superhero when he put everything on.

Wearing his Fly Racing gear, August says he feels like a superhero.

His first ride was on a Thursday afternoon in a little pocket park in the back of our neighborhood. With no transmission, the CRF-E2 has simple twist-and-go operation. His dad and I gave him pointers on how to gradually roll on the power, to squeeze rather than grab the brakes, and to give the nearby trees plenty of space.

The CRF-E2 has reach-adjustable brake hand levers. The digital display on the left side of the handlebar shows remaining charge and other info.

August picked it up in no time. He turned lap after lap after lap, then he did figure-8s. He practiced stopping and starting. He tumbled a couple times when coming to a stop on uneven ground, but he got back up and kept going.

One of the most appealing aspects of the CRF-E2 is its nearly silent operation. Residents and dog walkers in our suburban neighborhood didn’t notice or didn’t care that a kid was having fun on a dirtbike within eyesight.

It was a family affair. Dad was coaching. Mom and Grandpa Rolf were watching. Little brother Wolfgang was jealous. Carrie and I clapped and cheered.

On one lap, August yelled to Wolfgang, “This is my favorite motorcycle ever!” Wolfgang yelled back, “It’s my favorite too!” (Wolfgang still needs more Strider practice.)

Two hours later, Carrie and I went home for dinner, and August was still riding. Paul said he would stay out there with his son until it got dark or the battery ran out.

Geared up and ready to ride.

After morning and afternoon practice sessions in the park, it was time to hit the dirt. Paul and I lifted the 106-lb CRF-E2 into the bed of his Ford F-150, ratchet-strapped it in place, and drove with August up to the Hungry Valley OHV area in Gorman, California.

Practicing starting and stopping on loose dirt and gravel, which August had never ridden on.

August felt confident riding on the grass in our neighborhood park because it provided good traction, but he struggled with the loose sand and gravel of the OHV area’s parking area. With coaching help from photographer Kevin Wing, we worked our way up gradually, having August ride back and forth in straight lines from Paul to me, practicing smooth starts and stops.

Getting some coaching from dad.

After 20 minutes or so, we took a break in the shade. It was a hot day, and August wasn’t accustomed to the heat in full riding gear. A cold, wet towel, some iced-down Gatorade, and a bag of peanut M&Ms revived him.

August adapted quickly to the loose sand and bermed turns on the mini track.

Next, we moved to a mini track limited to bikes 90cc or smaller. Luckily, we had it to ourselves, and August started turning laps. He struggled with some of the bermed turns that had deep sand and rocks at the bottom. He fell down a lot, and each time Paul or I helped pick up the bike and provided some coaching and encouragement.

When things got wobbly, August struggled to keep his feet on the pegs.

August no doubt felt the pressure of having three adults watching him, but he never gave up. Every time he toppled over, he’d jump up and say, “I’m okay!” and try again.

It was amazing to see how quickly August progressed. Intuitively, he started to learn throttle control, body position, and line selection, avoiding some of the larger rocks or tricky spots.

On his own, August discovered side trails that allowed him to get some relief by riding around some of the most challenging turns.

Best of all, he had fun. When he got tired and started making mistakes, we’d take a break in the shade. But he was always eager to go again. And Paul was a proud papa.

When riding through deep sand, August learned to throttle his way out of trouble.

After a few hours of alternating between riding sessions and breaks, August’s enthusiasm outstripped his energy. He wanted to keep riding, but he kept dropping the bike because he was too exhausted.

Even after all that riding, the battery level had only dropped by one bar out of five. Most kids will run out of gas before the CRF-E2 runs out of charge.

August was bummed when we loaded the CRF back in the truck, but he was passed out asleep before we left the OHV park.

When we got home, Paul and I had a couple beers while we supervised August washing down the bike, cleaning his gear, and putting everything away so it would be ready for his next ride. Learning good habits is part of growing up.

Paul plans to buy the CRF-E2 so August can keep riding, and in a year or two, Wolfgang will inherit his brother’s gear and pick up the baton.

Welcome to the moto tribe, August. You have a lifetime of fun ahead of you. 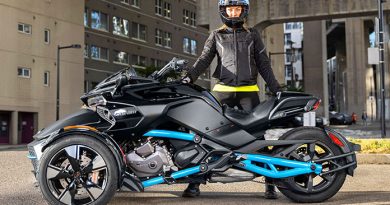 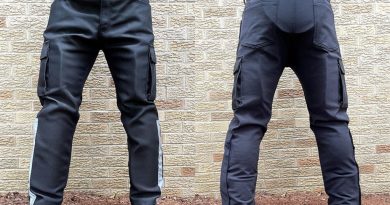