After recording the fastest lap time in the first morning session of the two-day MOTUL FIM Superbike World Championship test at the Misano World Circuit “Marco Simoncelli”, former MotoAmerica Superbike rider Garrett Gerloff battled it out for the remainder of the test with Aruba.it Racing – Ducati rider Alvaro Bautista. The test concluded on Thursday with Spaniard Bautista barely nipping GRT Yamaha WorldSBK Team rider Gerloff by just a tenth of a second.

As it was on day one at Misano, Bautista and Gerloff were fighting it out for top spot. The Spanish rider prevailed on the second day, despite opting to sit out of the morning session, as he posted a fastest lap of 1’33.574 using Pirelli’s SCX tire while completing 52 laps on day two, with the team trying a new fuel tank on his Ducati Panigale V4 R.

Despite Gerloff’s best lap time of 1’33.686, set using a race tire, the Texan had to settle for second spot on day two with 78 laps completed. Gerloff and his GRT Yamaha squad had electronic settings to try throughout the test, as well as a new fuel tank and subframe.

“We’re in a good direction,” Gerloff said. I’m impressed and satisfied with the work Yamaha did with the different parts. Today, we tried some setup changes, and we made a big improvement. The bike feels great, and it was nice to have two dry days. Now it’s all about putting the small pieces together. We’ll do another test in just one week at Circuito de Barcelona-Catalunya where we’ll have more teams and riders.” 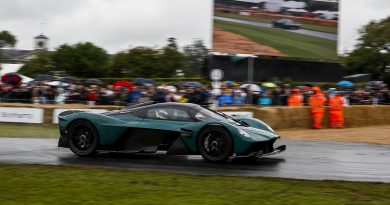 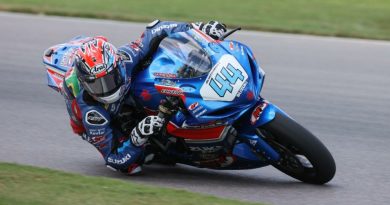 Lochoff Re-Signs With Team Hammer For 2022