Will Josh Herrin win for the ninth time? Will Rocco Landers beat the veterans again? Will Josh Hayes make history? The answers to those questions will come this weekend in the MotoAmerica Supersport season finale at Barber Motorsports Park. Photo by Brian J. Nelson

In addition to the premier Medallia Superbike Championship, five support-class titles will go the wire at Barber Motorsports Park, September 23-25, with the outcome likely not decided until Sunday afternoon as the curtain goes down on the 2022 MotoAmerica Championship.

And if that’s not enough to whet the appetite, there’s also a good chance of watching history in the making if four-time AMA Superbike Champion Josh Hayes can muster up another victory in the Supersport class. A win in either of the two Supersport races will give Hayes 87 victories across all classes of AMA racing, and that will move him to the top of the heap as the winningest rider in AMA road racing history.

N2 Racing/BobbleHeadMoto’s Blake Davis started the 2022 REV’IT! Twins Cup Championship with a bang with a victory on the high banks of Daytona International Speedway. Then he sort of disappeared with seven straight races without a podium finish. So how is the 16-year-old Virginian leading the championship? A late season tear is how.

When Davis finished second in July at the WeatherTech Raceway Laguna Seca round, his season suddenly took off and he won two of the next five races and finished second in the other three. That combined with Jody Barry’s and Anthony Mazziotto’s late-season woes sees Davis with a 15-point lead heading into the season finale.

Rodio Racing’s Mazziotto, with two wins and three additional podiums, trails Davis by 15 points while leading Barry by just two points. Barry was the man to beat early in the season when he ripped off four wins in a row, but it’s been a ride on the struggle bus ever since. Still, both Mazziotto and Barry are capable of having spectacular weekends when at the top of their games.

They will need to do just that if they strive to catch Davis with just one 14-lap race remaining on Sunday afternoon at 12:40 p.m.

Cody Wyman and his Alpha Omega Kawasaki Ninja 400 roll into Barber Motorsports Park with a 20-point lead in the championship with two races and 50 points up for grabs in Alabama.

Wyman’s road to the title could have been made much easier if not for a crash in Saturday’s race one at New Jersey Motorsports Park that allowed Rodio Racing’s Gus Rodio to pull back 25 points on Wyman with his victory. In Sunday’s race two, it was Altus Motorsports’ Kayla Yaakov who came away with a rain-sodden victory with Rodio second and Wyman third.

And just like that, things got a lot more interesting.

Still, it is Wyman in the catbird seat with six wins on the season and the points lead. Wyman has three additional podiums to his credit, but two non-finishes and a seventh-place finish in the Ridge Motorsports Park round have put him in the position of needing a strong finish to take the crown.

Rodio, meanwhile, has just two wins on the year, but he has seven additional podium finishes and just one non-finish on his scorecard.

The third rider to have a legitimate shot at the title should Wyman falter is three-time race winner Yaakov, who became the first female MotoAmerica race winner back in June at Ridge Motorsports Park. Yaakov has been both fast and consistent with six podium finishes in addition to her three victories.

Just another three points behind Yaakov is Bauce Racing/JL62 Team’s Joe LiMandri Jr., the New Yorker coming into the final round with two wins and seven additional podiums (six of which were second-place finishes) on his 2022 resume.

One of the four – Wyman, Rodio, Yaakov and LiMandri – will be crowned this weekend at Barber. The first of two SportbikeTrackGear.com Junior Cup races will run on Saturday at 4:10 p.m. with race two on Sunday at 1:20 p.m.

On paper, Buyck would appear to have a hand on the trophy with wins in four of the five races (she was docked her championship points from her Road America win for ignoring a red flag). However, Jennifer Chancellor was beating Buyck at Pitt Race until crashing out on the final lap and it was Martinez who stopped Buyck’s winning streak with a victory two weeks ago at New Jersey Motorsports Park. NJMP also marked the first time that Buyck wasn’t on the podium as she finished fourth,

Thus, it is Martinez with her victory at NJMP and her two other podium finishes who is the closest to Buyck. Then comes Peterson, a further six points behind in third place.

The top three in the point standings all suffered the same penalty at Road America when all three failed to adhere to the red flag and were stripped of their championship points.

The Royal Enfield Build. Train. Race. race will close the weekend of action at Barber Motorsports Park with a 4:10 p.m. start on Sunday afternoon.

Supersport – Can Hayes Do It?

With Warhorse HSBK Racing Ducati NYC’s Josh Herrin wrapping up the 2022 MotoAmerica Supersport Championship at New Jersey Motorsports Park, the focus on the Barber finale will be on Josh Hayes.

With his double victory at NJMP a few weeks ago, Hayes moved into a tie with Miguel Duhamel at the top of the list for all-time AMA race winners across all classes with 86. Now Hayes has one last chance in 2022 to break the record and will do so with a victory in either of the two Supersport races at Barber on his Squid Hunter Yamaha YZF-R6.

The man most likely to stand in his way of doing just that is Herrin. With eight wins and 14 total podiums in 16 races, Herrin made the 2022 season his own. And he’d probably like to be the one that keeps his old nemesis Hayes from taking the wins record on his watch.

Meanwhile, the class is filled with hungry young “kids,” led by Landers Racing’s Rocco Landers, who is a comfortable second in the championship after a three-win, 11-podium season thus far. Vision Wheel M4 ECSTAR Suzuki’s Tyler Scott, the class rookie also earned a victory in his debut season of Supersport racing. Scott also has eight podiums on the season and is in no danger of losing third in the championship.

North East Cycle Outlet Racing’s Benjamin Smith is in danger of losing fourth in the championship to Hayes, despite the fact that Hayes only competed in half of the 16 races. In those eight races, however, Hayes had three wins, a second and two thirds. His only “off” weekend saw him finish fifth and sixth at Pitt Race. Thus, Smith and his two podium finishes leads Hayes by just two points.

The two Supersport races will take place at 2:10 p.m. on both Saturday and Sunday.

Although Tytlers Cycle/RideHVMC Racing’s Corey Alexander wrapped up the Yuasa Stock 1000 Championship at his home round in New Jersey a few weeks ago, the finale promises to be a thrill-fest. Why? Because they have been all year.

With his seven wins on the season, a relaxed and newly crowned Alexander will be trying to end his stellar season on a high at Barber, but he’s sure to find the going difficult as it has been all year. The man who gave Alexander the most to deal with in 2022 is Disrupt Racing’s Hayden Gillim – the only rider other than Alexander to win a race in the class this season.

Gillim and his four wins is second in the title chase, an insurmountable 25 points behind Alexander, who owns the tie-breaker if Gillim were to win the finale while Alexander failed to score a point. Second place is still up for grabs as Gillim is 11 points ahead of Alexander’s teammate Travis Wyman.

The Yuasa Stock 1000 race is scheduled for Saturday afternoon at 1:10 p.m. and it will be the first race of the weekend at Barber.

Just nine points separate first from second in two of the three Mini Cup by Motul class championships as MotoAmerica’s youngest riders are set to fight it out on Saturday afternoon beginning at 4:30 p.m.

In the 160 class, it’s Nathan Gouker Racing’s Nathan Gouker with the upper hand and a nine-point lead over Xtreme Autoglass Pros’ Ryder Davis heading into the season finale on the purpose-built mini track at Barber Motorsports Park. Both riders have won two races in 2022 with Gouker earning four total podiums while Davis has five podiums to his credit. The difference comes down to race two at Ridge Motorsports Park where Gouker won while Davis struggled to a seventh-place finish.

In the 110 class, it’s again Gouker at the top of the standings, but this time it’s Anthony Lupo Jr. Racing’s Anthony Lupo Jr. giving chase. Again, the points lead is nine with both riders being on the podium in each of the six races thus far in the season. Gouker, though, has three wins to Lupo’s two.

Macc Racing/Broward Motorsports Tequesta’s Mac MacClugage, meanwhile, is third in both the 160 and 190 championships with the youngster earning his career-first victories this year when he won race two of the 160 class at Road America and race one of the 110 class at Ridge Motorsports Park.

It will be difficult to dislodge American Racing Team’s Kensei Matsudaira from the top of the 190-class championship as he leads Jesse James Racing’s Jesse James Shedden by 21 points heading into the finale. Shedden has more wins than Matsudaira, but Matsudaira has been on the podium in every race while Shedden has a non-score to his credit from race one at Pitt Race.

Last year’s two Supersport races were won by Sean Dylan Kelly and Gabriel Da Silva. For Kelly, it was win number 12 of his championship-winning season; for Da Silva it was his first career MotoAmerica victory as he topped Kelly in a driving rainstorm.

Jake Lewis won last year’s lone Stock 1000 race over Michael Gilbert and Travis Wyman. It was Lewis’s sixth victory of the season with the Kentuckian earning the 2021 Stock 1000 Championship.

The finale Twins Cup race of the season at Barber last year was won by class champion Kaleb De Keyrel over Jody Barry and Hayden Schultz.

The SportbikeTrackGear.com Junior Cup class featured two races and one winner in the finale with champion Tyler Scott taking a pair of victories, his 10th and 11th wins of the season.

The post Titles Are There For The Taking As MotoAmerica Concludes 2022 Season At Barber Motorsports Park appeared first on MotoAmerica. 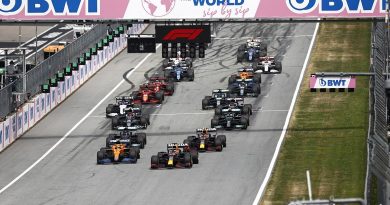 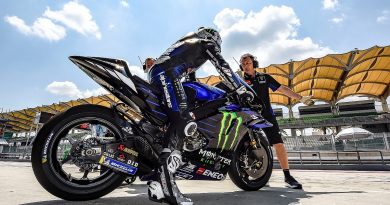 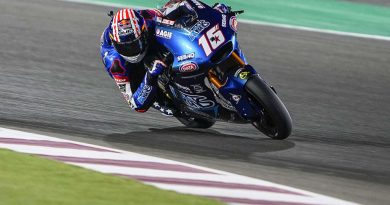