MotoAmerica, North America’s premier motorcycle road racing series, and Roland Sands Designs have announced that the road racing portion of 2022 Super Hooligan National Championship (SHNC) Road Race Series, which will be held in conjunction with the MotoAmerica Series in an expanded four-race, three-round schedule that will begin with a doubleheader on the high banks of Daytona International Speedway in March.

Super Hooligan racing features 750cc and up twins, 420-pound-plus, air-cooled and water-cooled high-bar motorcycles with racers competing on a multitude of surfaces. Last year’s four-round series included three flat track races (a half mile dirt track, a TT, and a paved short track) and the lone road race, held in conjunction with MotoAmerica’s round at WeatherTech Raceway Laguna Seca in July.

This year the Super Hooligan National Championship introduces a road race focused series and includes four races at three road racing events with MotoAmerica set to begin with the doubleheader at Daytona International Speedway, March 10-12. From there the action will return with an SHNC round at Michelin Raceway Road Atlanta, April 22-24, and will conclude with a return to WeatherTech Raceway Laguna Seca, July 8-10.

“We’re pumped to have Roland Sands and his Super Hooligan series back with MotoAmerica for 2022,” said MotoAmerica COO Chuck Aksland. “The RSD Super Hooligans at Laguna had a good vibe, cool sounds and the racing turned out to be great. We’re looking forward to more of the same next year. Having the series participate at Daytona will definitely add to the atmosphere of the event, which was already going to be big with the Daytona 200, Mission King Of The Baggers and MotoAmerica Twins Cup, and it just got even better with the addition of two Super Hooligan races. We’re looking forward to getting it all started in Florida.”

“Daytona has always been a special place for me as both a racer and a fan of all the activities of Bike Week,” said Roland Sands. “Taking a Super Hooligan road racing championship to the high banks of Daytona International Speedway is really a dream come true. It will be awesome, and we look forward to seeing our fans and racers in the sunshine of Daytona Beach in March.” 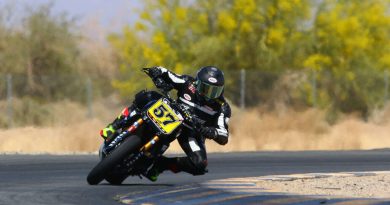 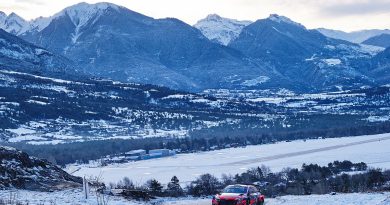