MotoAmericans Joe Roberts and Cameron Beaubier will line up fifth and 22nd, respectively, for tomorrow’s Moto2 World Championship opener at the Losail International Circuit in Qatar, the two separated by just .505 of a second but six rows apart. Such is Moto2.

Italtrans Racing Team’s Roberts’ best lap came in Q2, his 1:59.168 putting him fifth and on the second row for tomorrow’s race. The session was led Elf Marc VDS Racing Team’s Sam Lowes, who will start tomorrow’s Grand Prix from pole position with his 1:58.726 – just .442 of a second ahead of Roberts, who earned pole at Losail a season ago with a best of 1:58.136.

American Racing Team’s Beaubier will start his debut Moto2 race from the eighth row tomorrow, the five-time MotoAmerica Superbike Champion lapping at a best of 1:59.673 in Q1. Beaubier’s teammate Marcos Ramirez had a big highside crash in Q1 and appeared to have suffered an injury to his right arm. 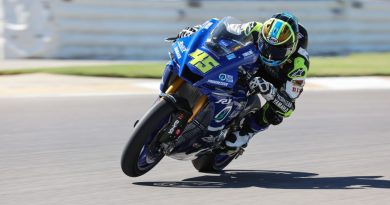 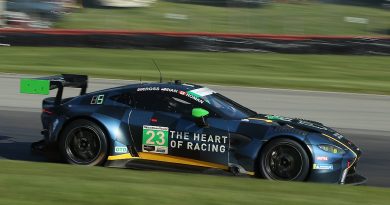