If track conditions are less than ideal on Saturday morning at Phillip Island, then Italtrans Joe Roberts will likely be in the clear with a direct path to Q2 on Saturday afternoon after the Californian ended day one fourth fastest on Friday. American Racing’s Cameron Beaubier, meanwhile, will be hoping conditions will be good enough for him to jump up one spot as the five-time MotoAmerica Superbike Champion ended Friday in 15th when the magic number is 14th.

Cold and windy conditions were the order of the day at the fast and flowing Phillip Island on Friday, but the track improved from the miserable morning FP1 to the afternoon FP2 and only three riders were faster in the morning session.

Roberts went a second quicker in FP2 than in FP1 in preparation for Sunday’s Aniimoca Brands Australian Grand Prix with his 1:34.508 slotting him into fourth at day’s end. Roberts is only .741 of a second from the fastest rider on the day, Inde GASGAS Aspar Team’s Jake Dixon.

Beaubier was also a tick over a second faster in FP2 than FP1 with his 1:35.062 placing him 13th, but he ended up 15th overall as Tony Arbolino and Ben Bendsneyder were two of the three who went quicker in FP1 then FP2 and they ended up .061 and .044 of a second ahead of Beaubier, who is just 1.2 seconds from the top spot.

With Dixon’s 1:34.840 placing him at the top of the timesheets, it was Beta Tools Speed Up teammates Fermin Aldeguer and Alonso Lopez joining him on the provisional front row. 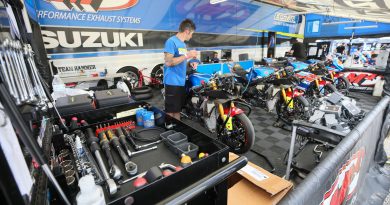 Thursday Thoughts: I Love That Allen Dude, But The Phillips Guy Is An Idiot 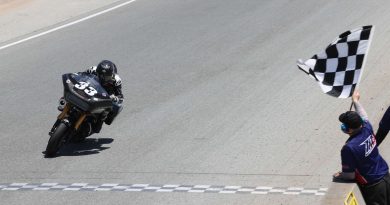 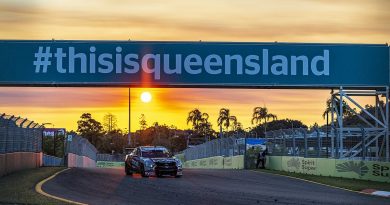