For BMW’s popular R 1200/1250 GS/GSA models, National Cycle and ZTechnik offer two complementary upgrades — VStream windscreens in three heights and a windscreen stabilizer. When BMW gave its mighty GS a major makeover for 2013, one of the many improvements was a knob for on-the-fly, one-hand manual height adjustment of the windscreen. But, especially with larger aftermarket windscreens, some GS owners have complained that the OE mounting system allows too much windscreen flutter.

For our 2019 BMW R 1250 GS Exclusive, we requested the VStream Touring Screen ($129.95), which at 19.5 inches tall by 15.25 inches wide is the mid-size VStream offered for the GS (Sport screen is 15.5 x 14.25 inches; Touring Deluxe is 22 x 15.75 inches). As you can see in the above photo, the VStream Touring Screen is significantly taller and wider than stock, and it features National Cycle’s patented “V” profile to direct turbulent air away from the rider. The Quantum hard-coated polycarbonate is said to provide superior scratch resistance, clarity and strength, with 30 times more resistance to abrasion and 20 times greater crack and impact resistance than acrylic windscreens, and it’s covered by a three-year warranty against breakage.

We’ve tested VStream windscreens on a wide variety of motorcycles, and they work like a charm. In the case of the GS, the VStream creates a smooth stream of airflow regardless of windscreen height. No buffeting, no annoying wind noise. Given the Touring Screen’s added height, the top of the windscreen was just below my line of sight, so I had to look through the screen to see the road in front of me and over it to see off into the distance. Setting the windscreen in a middle-to-lowest height provided a more commanding view over the top as well as more direct airflow into the vents of my helmet.

Installation of the ZTechnik Windscreen Stabilizer Kit ($79.95) is straightforward, though it requires Torx wrenches (T25 and T30). Bolts for the stabilizer bracket are sprayed with a splotch of threadlocker at the factory, which is hard and made it nearly impossible to thread them into the bracket’s captured nuts. After using a rotary wire brush to clean the threads, the screws threaded in smoothly. Each side of the stabilizer bracket has two tightening knobs which must be loosened before the windscreen can be hand-cranked up or down, limiting the ability to adjust windscreen height on the fly with one hand. But, since most riders have a preferred height for the majority of their riding, it’s not much of a problem. Indeed, the windscreen stabilizer lives up to its name — there was nary a flutter in the taller, wider VStream. If you’re happy with the stock or other aftermarket windscreen, the stabilizer is compatible with them, too. 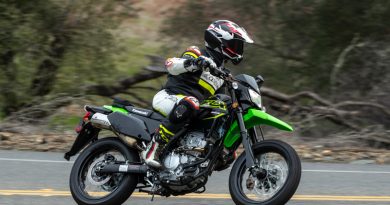 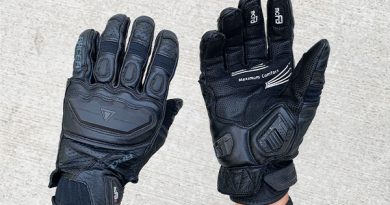 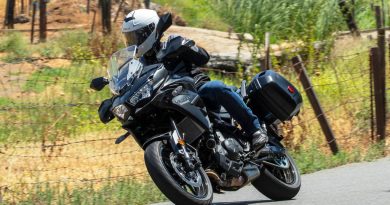