Not much time has passed since the Japanese Motorcycle manufacturer released a statement to the masses revealing that Kawasaki plans on going all-electric by the year 2035. The company means business, and they’ve just backed their 2019 patent for a hybrid bike with a new prototype, revealed as the beastie anticipated to blend a conventional ICE with a small EV motor.

One of the obstacles Team Green had to face, states VisorDown, was the heaviness of EV parts. An EV motor isn’t light, and packing all that Deborah into a small motorcycle frame (while still keeping the bike mass-production-friendly) required a bit of problem-solving before the prototype could be revealed.

The report states that Kawasaki kept the bike as light as possible by “downsizing the existing parallel-twin engine – either the 250cc or 400cc unit – to add a small electric motor in a frame that appears to be a Kawasaki Ninja 400 mule.”

While we’re not sure if this is to be a standalone unit or one of a series, one thing is for certain: Kawasaki plans on tricking this beastie out with every feature possible to guarantee it a popular sell once it’s ready to hit the pavement.

On top of the unique hybrid blend of energy, the prototype will purportedly feature the cutting-edge semi-automatic transmission Kawasaki has been toiling away at (currently showcased on their other, fully electric prototype, the “Endeavor”).

“Kawasaki is developing a system that would re-engage the transmission once the fuel-powered engine kicks in at higher speeds, albeit using a sequential button-shift,” states the report.

While there’s still so much to understand about the fast-growing world of hybrid technology, we DO know for a fact that the hardest part of kicking out an old powertrain and introducing a new one is the process of allowing current clients to let go of what they know and love.  Since this is an extremely difficult task in today’s motorcycle market (for myself included), Kawasaki is purportedly banking on the increase of emissions-free zones that will require cheaper, convenient commutes.

Hybrid bikes carry the additional perk of subsiding entirely on EV technology when ridden at low enough speeds…so if you’re heading out, you’d scoot about the town proper with clean energy and still have access to the good ol’ grunge once you pick up speed beyond city limits.

We’ll keep you posted on this scoop, seeing as Kawasaki’s moving at a decent clip through all the news being passed through our grapevine as of late – in the meantime, make sure to check out other hybrid concepts we’ve covered just for you. 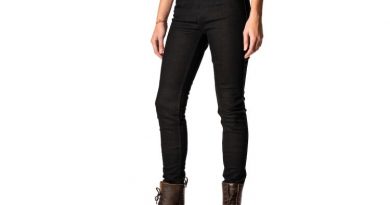 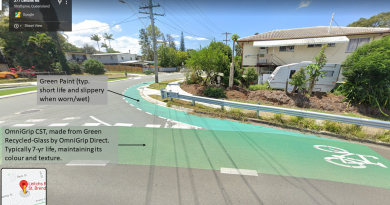