After an all-too-long halt due to unprecedented times, The Isle of Man TT is back – and we’re told that TT legend John McGuinness (second only to Dunlop himself when it comes to winning the dang thing) will be running with Honda for the 2022 season.

McGuiness already has a neat 23 wins under his belt – though they’re not all with Honda.

The report from AutoSport states that the legendary racer “was due to contest the previous two TTs with Bournemouth Kawasaki, having quit Norton following a woeful comeback in 2019 – in which he failed to finish both Superbike races through mechanical issues.”

The others – 16 wins – were for Honda, with 12 of those times on the absolutely bonkers CBR1000RR-R Fireblade.

Regardless, we’re ready to celebrate the gent. Set for his 100th TT start this year at the age of 50, the report states that “McGuinness will ride the all-new CBR1000RR-R Fireblade at the North West 200 in Northern Ireland and at the TT in 2022 in the Superbike and Superstock classes.”

“What can I say really, it’s like coming back home to the family,” McGuinness says in the report from AutoSport.

“I’ve been in talks for a while with Neil [Fletcher, Honda UK’s head of motorcycles] and Harv [Beltran, team manager] and it’s just something that feels right; it’s the 30th anniversary of the Fireblade, I’ll be 50 years old and also celebrating my 100th TT start, so it feels like it’s meant to be.”

“I’ve enjoyed a lot of success on the roads with the Honda and worked with Harv back in the day with HM Plant Honda, so I’m looking forward to getting back into the set-up and getting going.”

“I had a little go on the Fireblade earlier this year and was impressed with it on-track, so looking forward to getting on the roads and seeing how it goes.”

“It’s going to be a special year with everything going on and also just getting back to the North West 200 and the TT and everyone racing there again – I can’t wait to get stuck in!”

Standby for the start of the event on the 29th of May, scheduled to run until the 10th of June; in the meantime, be sure to check out other recent news from our archives, and as always – stay safe on the twisties.

The post Isle of Man TT legend John McGuinness will return to Honda for 2022 Isle of Man appeared first on Motorbike Writer. 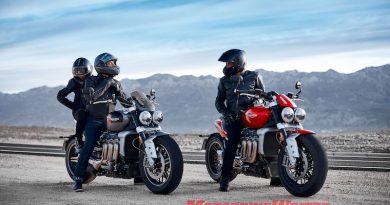 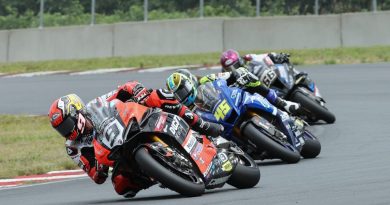