Gibson guitars and Triumph motorcycles have unveiled one-off models that celebrate the link between musical and motorcycle rockers.

The one-off models will be prizes for the best fundraisers at this year’s Distinguished Gentleman’s Ride, a global charity for men’s mental health and prostate cancer awareness and fundraising.

The collaboration makes a lot of sense as many old rockers love their Bonnevilles and probably suffer from prostate issues!

And late last year Triumph Motorcycles announced it will continue its nine-year association with DGR for five more years.

While these are only one-off models for the DGR, I wonder if Gibson and Triumph will offer these as limited-edition models.

As an old rocker myself, I’d certainly love to own one of each!

The post Gibson tunes up with Triumph appeared first on Motorbike Writer. 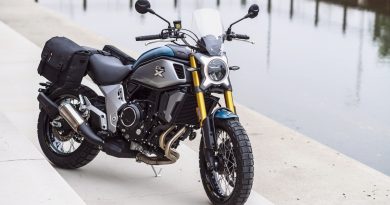