GRT Yamaha WorldSBK’s Garrett Gerloff earned the fourth podium of his World Superbike career this morning at the Aragon circuit in Spain, the Texan finishing third in the Tissot Superpole race in iffy track conditions.

The race was won by six-time World Champion Jonathan Rea over his Kawasaki Racing Team WoprldSBK teammate Alex Lowes with those two and Gerloff gambling on intermediate tires with a race that began with damp conditions.

Gerloff moved his way through the pack after some cautious laps in the beginning of the race and on the fourth lap moved his way past Team GoEleven’s Chaz Davies to take over third place. From there it was smooth sailing to the podium with the GRT Yamaha World SBK rider ending up some five seconds behind race-winner Rea.

Gerloff’s fourth podium moved him into a tie with the late Nicky Hayden for World Superbike podiums. 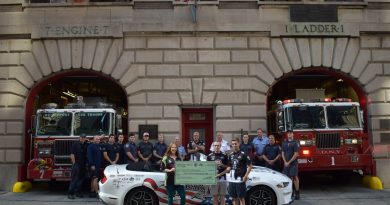 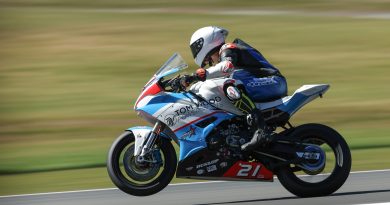 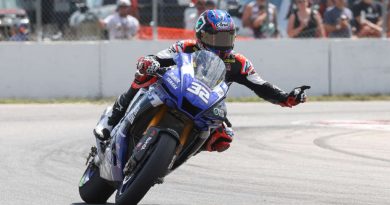