Gerloff (31) overcame a battle with Oettl for 11th place in Race 2 and just missed out on a top-ten finish. Photo by GYTR GRT Yamaha WorldSBK Team.

Baz finished ninth in the morning’s Tissot Superpole Race, just over a second and a half ahead of Gerloff, who rounded out the top ten. As a result, Baz was able to start the afternoon’s Race 2 from the outside of row three, while Gerloff started from the inside of row four.

In the event-concluding Race 2, Baz matched his ninth-place result from both Saturday’s Race 1 and Sunday’s morning’s Superpole Race, his three finishes inside the top ten evidence of the Frenchman’s consistency throughout the weekend. Gerloff, meanwhile, got off to a good start in Race 2, but he got into a battle for position with rookie Philipp Oettl (Team GoEleven) almost immediately. The American overtook Oettl and fought hard for a top-10 result until the very end, just missing out by .084 of a second to Spanish rider Iker Lecuona (Team HRC).

“We tried our best to make improvements on the bike but it was a difficult time here in Donington,” Gerloff said. “I had a couple of great starts but the first laps were not easy. I tried to fight back through, but we’re struggling with stability. We need to understand what happened here but we took some good data that will be useful for Most.”

Gerloff and Baz will both be back in action on July 29 through 31 for the sixth round of the WorldSBK Championship in Most, Czech Republic.

The post Gerloff 10th And 11th, Baz 9th In Both WorldSBK Races On Sunday At Donington appeared first on MotoAmerica. 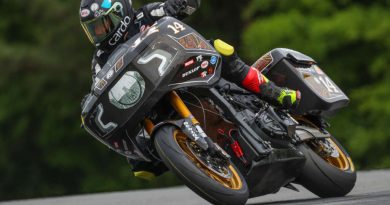 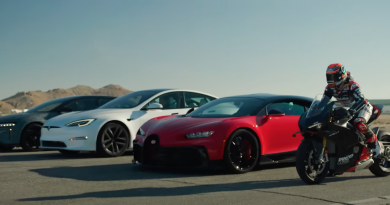 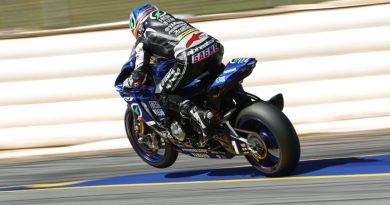