Gerloff withstood the tough conditions in Indonesia to clinch the Independent Riders’ Championship in only his second year of World Superbike competition. Photo courtesy of GRT Yamaha WorldSBK Team.

Rain returned to the Mandalika International Circuit on Sunday, but it held off for the morning’s postponed first race. With the track still damp from the early showers, Gerloff immediately lost positions from his fourth-place grid slot to run 13th early on. He was unable to challenge back inside the top 10 and eventually crossed the line in 11th.

Race 2 was delayed due to a heavy downpour prior to the start, and the organizers made the decision to shorten the contest to 12 laps. After a good initial getaway, Gerloff dropped back outside the top 10 in the melee of the first corners, but the former MotoAmerica Superbike rider and race winner was able to make an impressive comeback through the field and eventually brought his Yamaha YZF-R1 home in sixth place. The result saw the Texan end the 2021 campaign seventh in the overall standings and the highest-ranked Independent Rider.

“I wish we could have had a dry race,” Gerloff said. “To have ever-changing conditions for two days in a row was a bit frustrating, but I am happy to have finished the season. The track in the wet was amazing. It had a lot of grip, and there was not too much standing water, but it just took me a while to find the limit. I just prefer racing in the dry. It’s less scary. Now I know where the limit in the wet is, and I felt really fast in the dry earlier in the weekend, so I look forward to coming back here next year. I am also really happy that I was able to keep the lead in the Independents Riders’ Championship to give it to the team. They deserved a positive result. I look forward to 2022 and to the winter tests, so we can work on some things. Next year, I need to improve my consistency and the first couple of laps of my races, for sure, because I am not quick nor aggressive enough at the start. The bike feels great, but I need to work on myself.” 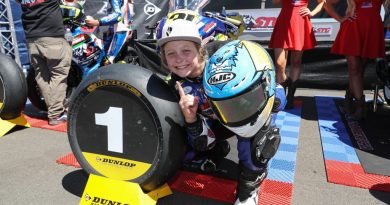 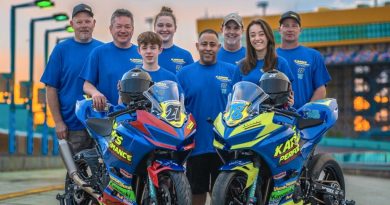