American Racing’s Cameron Beaubier earned his second straight front-row start after qualifying second for tomorrow’s Tissot Grand Prix of Portugal at the Algarve Circuit as the Moto2 riders sampled a dry racing surface for the first time this weekend as inclement weather was the narrative all day Friday and this morning.

“It’s been a pretty crazy weekend with the weather, especially yesterday with high winds, the torrential downpours at times, but I felt pretty good here in testing, especially after COTA and getting a little bit of confidence even if the race didn’t go so well,” Beaubier said. “I was consistently up towards the front with those guys, which is good. I’m really enjoying this place and had a good result here last year. I’m feeling good and that was a pretty crazy session with 15 minutes of dry time all weekend, but we mad the most of it and I’m looking forward for tomorrow and see what the weather does.”

Beaubier lapped at 1:44.479, which was .328 of a second behind pole sitter Aaron Canet. Brit Jake Dixon will fill the front row for tomorrow’s Grand Prix.

Italtrans Racing’s Joe Roberts will start tomorrow’s race from the third row after qualifying ninth with his best of 1:44.915 in Q2. Both Roberts and Beaubier went directly to Q2.

Beaubier’s American Racing teammate with start 29th for tomorrow’s Grand Prix in his debut at the circuit.

The post Front Row Start For Beaubier In Portugal appeared first on MotoAmerica. 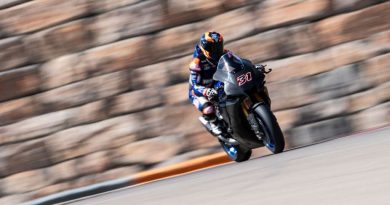 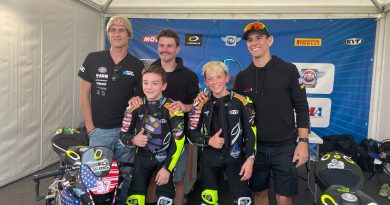