Who would have thought a couple of years ago when we first started seeing those strange electric Postie trikes on our footpaths that they would replace the iconic red Honda Postie bike?
Well, now it’s official.

Australia Post representatives have told a parliamentary inquiry into road safety that they are on track to have all motorbikes phased out of the fleet by 2025.

The Honda CT110 Postie bike has been used for postal deliveries since the 1970s.

They will be replaced by Swiss-made Kyburz electric trikes which Australia Post says are safer, can only reach 45km/h and are allowed on footpaths.

However, I’ve spoken to several posties who say they are dangerous because they can tip over on uneven footpath surfaces.

The electric trike has a top speed of 45km/h and can carry up to 100 small parcels and 1200 letters at a time, three times more than the old Postie bike.

With parcels now the bulk of Australia Post’s business, the writing was on the wall for the iconic bike.

Australia Post began ordering the trikes to replace the two-wheelers in 2019 after a two-month trial of three trikes in Brisbane in 2018.

This is bad news for Honda, but good news for lovers of the bike as there should be a lot hitting the market at bargain prices.

However, it will eventually lead to a scarcity of the popular machines.

Australia Post says the trikes are safer than the traditional motorcycle because they are easier to see on the road, more stable, have increased rider protection and lower on-road speeds.

Australia Post safety and wellbeing general manager Rod Maule told the inquiry the motorbike fleet was involved in the most accidents out of all delivery vehicles.

He said since beginning of the replacement program there had been a significant drop in incidents.

He claims drivers trialling the vehicles found they were less fatigued and more visible to other drivers on the road.

He also claimed an unforeseen benefit of the electric fleet was that it attracted more women to join the male dominated postal delivery workforce.

The new trikes can be ridden/driven in some states on car licences. 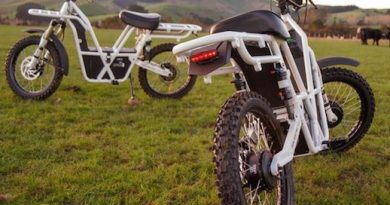 Electric UBCO could stop army in its tracks 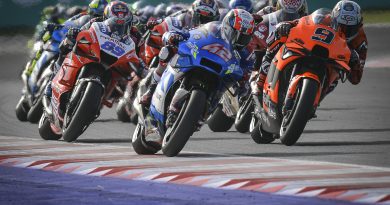 MotoGP Will Switch to Non-Fossil Fuels by 2027 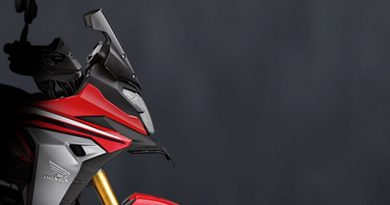