We’ve known that the Bimota KB4 has been in development for a while now. The Italian firm first showcased the motorcycle at EICMA 2019, and two years later, the production-ready iteration has made its debut at EICMA 2021.

Powering the KB4 is the same 1,043cc inline-four engine as the one on the Kawasaki Ninja 1000 SX. Peak output figures are similar at 142hp and 81.9lb-ft of torque, but Bimota has equipped the bike with its exhaust system that features a single end can.

What makes this Bimota special is that its radiator has been placed under the seat, unlike on most other motorcycles that have it in front of the engine. The bike features substantial air intakes on either side that carry air via a carbon-fiber tunnel to the radiator.

Engine aside, the Bimota KB4 is entirely different from the Ninja 1000 SX. Autocar India reports that Its chassis has a unique tubular front frame and that at 187kg (dry), the bike is also significantly lighter than its Japanese counterpart. Suspension hardware is from Öhlins — FG R&T 43mm NIX30 forks at the front and a TTX36 rear shock. The KB4 uses OZ forged aluminum wheels that wear Pirelli rubber.

Braking, meanwhile, is handled by Brembo Stylema calipers that bite down on dual 320mm discs at the front.

The manufacturer also revealed a KB4 RC, a naked iteration near-identical to the KB4, that will go on sale next year. 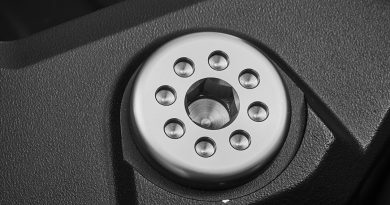 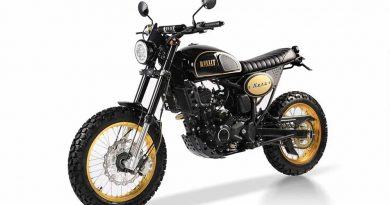