Due to the global COVID-19 pandemic, BARTCON Racing owner Colin Barton was left with some soul searching in regard to his 2021 MotoAmerica racing plans and his star rider Dominic Doyle. Turns out, Barton has opted to step up and move Doyle to the MotoAmerica Supersport Series on a Kawasaki ZX-6R.

“Knowing that the next step in Dominic’s career had to be, at minimum, a Supersport ride, I was left with the harsh reality of having to figure out if BARTCON Racing could even afford to go to MotoAmerica in 2021 or if I would have to find another team to take this talented young South African boy who had spent the past couple of seasons growing up and growing,” Barton said in a team release. “To be honest, the thought of Dominic riding for any other team other than BARTCON this season was the driving force of me pushing to find a package that would work for everyone involved. I am now delighted to announce that Dominic will be racing in the MotoAmerica Supersport class for the 2021 season aboard his BARTCON Racing Kawasaki ZX-6R.

“I cannot thank the other people involved who have been instrumental in getting us to the where we are at today. Dr. Mark Dekutoski of Coastal Neurosurgery and Spine is a huge part of helping the team get over the biggest hurdle of having the funds already in place so the team goes into the season on day one ready to give it 110 percent across the board. Another big thanks to both crew chiefs, Mike Skowroneck of Triple Strong Racing and Dustin Apgar of Ghilliman Racing, who never stopped working with Dominic during the off-season along with the team’s Transport and General Manager Uncle Pete Fitzpatrick.”

In addition to the 2021 MotoAmerica Supersport Series, Doyle will also tackle the Daytona 200 in March.

“I would also like to take the opportunity to announce that we will be entering Dominic in the Daytona 200 on board our ZX-6R, which we were just recently testing at Jennings GP in Florida. Myself, Pete (Fitzpatrick) and Mike (Skowroneck) did not make the decision lightly. We all agreed that if Dominic showed us ‘the stuff’ at Jennings, then we would decide on the Daytona 200. It turns out that it wasn’t that tough a decision to make because as soon as Dominic broke into the mid-16’s on a bike that the team was still and is still setting up, the Daytona 200 entry was made. In closing, I would like to thank all our vendors/sponsors: Orient Express Racing, Spears Racing, Woodcraft, Blud Racing Lubricants, Forma Boots, Bison Leathers, Inde Motorsports Ranch, Drippin’ Wet, MOTO-D, K-Tech Suspension, and Sparks Exhaust Technology.” 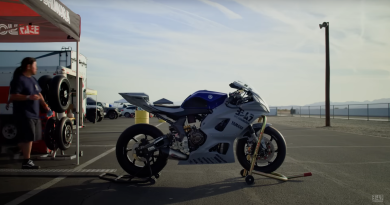 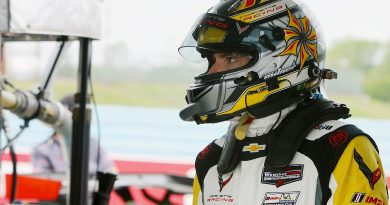 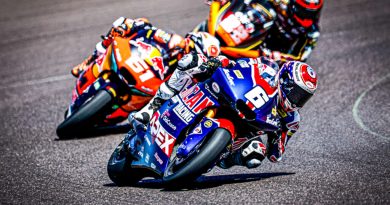