Cameron Beaubier led Q1 and was 11th in Q2 where he will start in tomorrow’s Austrian Moto2 Grand Prix. Photo by American Racing.

American Racing’s Cameron Beaubier will start tomorrow’s Moto2 Grand Prix of Austria from 11th on the grid after the five-time MotoAmerica Superbike Champion led Q1 only to crash out of Q2 after setting the seventh fastest time. Beaubier, who was uninjured, then had to watch his name drop down the timesheets until settling in 11th at the end of Q2.

Italtrans Racing’s Joe Roberts, meanwhile, was sixth in Q1 and thus didn’t make it through to Q2. He will start 20th tomorrow.

Beaubier’s teammate Sean Dylan Kelly ended Q1 in 15th and will start the Grand Prix from 29th on the grid.

IDEMITSU Honda Team Asia’s Ai Ogura will start tomorrow’s race at the Red Bull Ring from pole position with the Japanese rider leading Q2 with his 1:33.933. Just .048 of a second behind Ogura was CAG Speed Up’s Alonso Lopez. The front row will be filled by Red Bull KTM Ajo’s Augusto Fernandez with the Spaniard only .168 of a second from pole position.

Roberts and Beaubier are sixth and 17th, respectively, going into the Austrian Grand Prix. 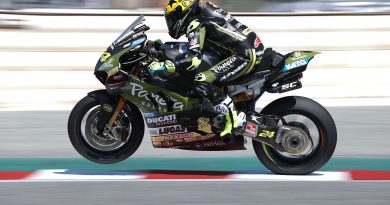 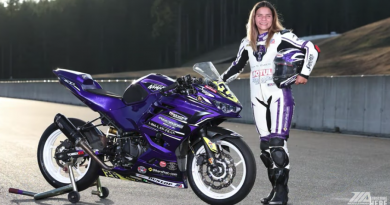 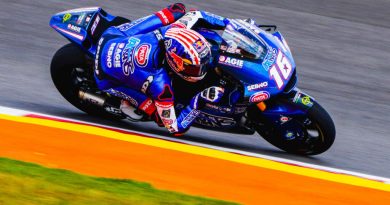