The 790 Duke will be powered by KTM’s LC8c parallel-Twin DOHC engine with 799cc of displacement and two balancer shafts for smooth power delivery and minimum vibration.

In terms of looks, the 2023 KTM 790 Duke introduces two new colorways to the mix: a traditional KTM orange scheme and an all-new gray and black motif.

The KTM 1290 Super Duke GT sport-touring bike has also returned to North America for 2023. KTM says the bike was “designed to offer riders a unique Grand Touring experience but engineered to be a true Sports bike underneath the touring parts.”

However, the WP APEX semi-active suspension on the 1290 Super Duke GT has been geared for the long-distance tourer, enabling the rider to set the suspension according to four different riding situations: Rider, Rider & Pillion, Rider & Luggage, or Rider, Pillion & Luggage. On top of that, the anti-dive function is fitted as standard. The larger 6.1-gal tank also contributes to the touring capabilities.

The wheels are also the same as the 1290 Super Duke R Evo and boast a weight savings of 2.2 lb of unsprung mass over the old set of rims. These all-new lightweight wheels are wrapped in new Continental ContiSportAttack 4 tires, boasting a sportier and more stable riding experience while delivering on the demand for a sportier tire to match the bike’s versatility. The 1290 Super Duke GT has a dry weight of 476 lb.

A new 7-inch TFT display has a newly designed layout, and the setup is completed by the new switchgear that KTM says not only feels premium but also allows for intuitive interaction between the rider and the dash itself.

The 2023 KTM 1290 Super Duke GT will also debut an all-new navigation system called Turn-by-Turn Plus, which will be available via KTMconnect and further enhance the touring experience. TBT+ allows navigation instructions to be projected directly on the TFT display.

Powered by SYGIC, TBT+ can also operate offline, allowing riders to plan their journey and adventure from remote locations, with the Navigation feature using industry-standard mapping to guide riders to their destination of choice. There’s also an advanced search feature and a diverse range of POIs including gas stations, restaurants, and rest stops. Or you can select one of your pre-saved destinations directly from the TFT dash.

The new system also allows for waypoints to be skipped without prompting a turnaround. The system will merely recalculate and find the next available route to get you back on track. Also, the last 10 destinations searched are automatically saved and available directly on the dashboard.

KTM says the 790 Duke is great for introducing a new generation of riders to the world of the Duke naked bike, “and when they’re ready to take things to the next level, the 2023 KTM 890 Duke R is waiting.” The company added that the 890 Duke R is as comfortable on mountain roads as it is on the track.

In addition to the standard features mentioned above for the 790 Duke, the 2023 KTM 890 Duke R has adjustable, track-ready WP APEX suspension, monoblock Brembo Stylema calipers grabbing 320mm front discs, and Michelin Power Cup II tires. The bike has a 3.7-gal tank and a dry weight of 377 lb.

Taking it up a notch, KTM’s flagship street motorcycle, the KTM 1290 Super Duke R Evo, underwent its most significant update in 2020, boasting a number of tweaks and engineering improvements, including a reworked 1,301cc LC8 engine and an all-new chassis.

In 2022, the latest incarnation of “The Beast” was launched with the same LC8 engine making a claimed 180 hp and 103 lb-ft of torque. The bike was dubbed the “Evo” thanks to the evolution of the second-generation WP APEX Semi Active Suspension with damping adjusted in real-time based on conditions in three preset modes: Sport, Street, and Comfort. Rear spring preload can be set via the TFT display’s menu over a 20mm range in 2mm increments.

KTM says the 2023 KTM 1290 Super Duke R Evo has “the most power and torque in the family and the most advanced electronics to keep it all under control.” The bike features Motorcycle Stability Control (MSC) with cornering ABS by Bosch including Supermoto ABS, ride mode technology, and multi-stage, lean-angle sensitive Motorcycle Traction Control (MTC) using a 6 axis lean angle sensor, and cruise control. The bike has a 4.2-gal tank and a dry weight of 441 lb. 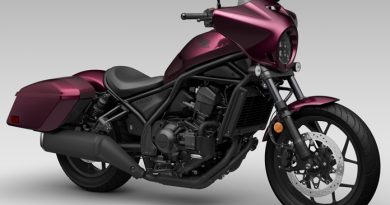 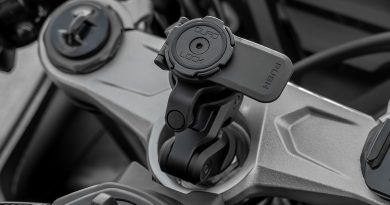 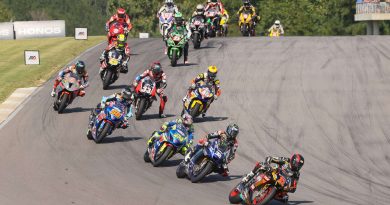