The Ducati Diavel has seen some dramatic evolutions since the power cruiser was introduced in 2011. The Diavel originally featured a 1198cc Testastretta L-twin that made a claimed 162 hp. In 2016, Ducati introduced the XDiavel, with more conventional cruiser styling and ergonomics and a new 1,262cc Testastretta L-twin offering more low-end torque, and in 2019, Ducati released the best-of-both-worlds Diavel 1260.

This year, Ducati is changing the Diavel game again with the introduction of the 2023 Ducati Diavel V4, featuring the 1,158cc V4 Granturismo engine making a claimed 168 hp and 93 lb-ft of torque.

Ducati says the V4 Granturismo is “the ideal engine for a muscle cruiser, capable of combining linear power at lower revs with vigorous torque throughout the rev range,” adding that the Diavel V4 should appear to a wide variety of riders, “from the sports enthusiast looking for a more comfortable and stylish bike to those looking to ride in an urban and relaxed setting to the lover of performance and drag racing iconography.”

From a visual standpoint, the Diavel V4 continues to offer the mix of conventional yet still muscular styling characteristic of the 2011 bike. Ducati says the bike was inspired by the look of muscle cars and superhero aesthetics and results in a style reminiscent of “an athlete ready to sprint off the starting blocks, with all the masses concentrated on the front and an agile, streamlined tail.”

The V4 Granturismo engine is a central element of the Diavel V4’s design. Ducati says this technical choice simultaneously improves performance, dynamics, and riding pleasure as a result of a counter-rotating crankshaft, which reduces the gyroscopic effect while increasing the bike’s agility. The light and compact V4 Granturismo derives from the Desmosedici Stradale of Panigale and Streetfighter V4.

The V4 Granturismo is also characterized by low operating costs, with major maintenance at 37,000-mile intervals, and is efficient in fuel consumption and emissions due to the extended cylinder deactivation system. This feature allows the engine to operate as either a two-cylinder or four-cylinder by shutting off the rear bank not only when the vehicle is stationary but also while riding at low engine speeds under reduced engine load.

The Diavel V4 has an inverted 50mm fork and a cantilever-pattern shock absorber, both fully adjustable. Travel has been increased by 0.6 inch over the outgoing model. The supersport-like braking system features 330mm discs and Brembo Stylema calipers.

The bike has a wide and low seat (31.1 inch), central footpegs, and a high handlebar set 0.78 inch closer than on the Diavel 1260, and passengers ride on a spacious seat, footrests that retract under the tail, and a telescoping rear grab bar. With the retractable aspects of footrests and the grab bar, the easily installed standard passenger seat allows the Diavel V4 to be transformed from a two-seater to a single-seater with minimal effort.

All the electronic systems are managed through backlit controls on the handlebar and the new 5-inch color TFT display, which also offers Bluetooth connectivity to pair your smartphone for calling, text messaging, and music. An optional turn-by-turn navigation system is also available.

Other options include semi-rigid cases with 48 liters of capacity, a passenger backrest, and a touring windscreen. Billet parts, carbon parts, dry clutch (for racing use only), forged wheels, and red or black brake calipers further expand the possibility of customizing the new Diavel V4. The 2023 Diavel V4 will be offered in classic Ducati Red or Thrilling Black and will be available in U.S. and Canadian dealerships beginning in Spring 2023. 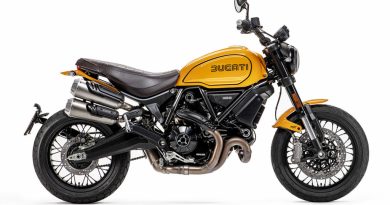 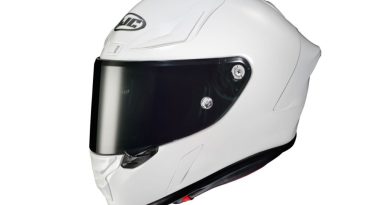 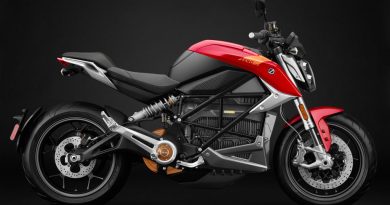