For the past 32 years, Rider has selected a Motorcycle of the Year. With the exception of two years when we made a People’s Choice selection by popular vote among readers (the Honda F6B in 2013 and the BMW R 1200 RT in 2014), it has been up to the Rider editorial team to choose a winner based on our collective experience with the year’s eligible contenders.

We ride as many of the new or significantly updated motorcycles released over the past year as possible, and we evaluate them within the context of their intended use.

Narrowing down such a diverse range of motorcycles into a single “best” isn’t easy. Our goal is to identify the one that best fulfills its intended purpose and advances the state of motorcycle design, performance, and function.

We haven’t always hit the mark. The BMW K1 we selected as our first MOTY in 1990 proved to be a flop, and the forkless Yamaha GTS1000 we selected in 1993 was the answer to a question no one asked.

Even if some of the selections we’ve made don’t stand the test of time, we stand by them because they were impressive motorcycles within the context of their eras. Others are easier to defend, like the 2001 Honda GL1800 Gold Wing, the 2002 Suzuki V-Strom 1000, the 2005 BMW R 1200 GS, and the 2017 Harley-Davidson Milwaukee-Eight Touring lineup.

For 2022, there were more than 60 eligible contenders. We narrowed them down to 10 finalists and one ultimate winner.

2022 Motorcycle of the Year Finalists

Winner of Rider’s 2012 MOTY award, BMW’s top-of-the-line luxury-tourer got its most significant update yet for 2022. Its ultra-smooth 1,649cc inline-Six makes 160 hp and 133 lb-ft of torque, its full suite of electronic rider aids was upgraded, and it has a huge 10.25-inch TFT, an air-conditioned smartphone compartment, and other new comfort and convenience features.

Competing head-to-head with the Kawasaki Versys 650LT, the all-new 650 ADVentura is powered by a 649cc parallel-Twin that makes 60 hp and 41 lb-ft of torque. It has an adjustable windscreen, a TFT display, LED lighting, a slip/assist clutch, standard ABS, Pirelli Angel GT sport-touring tires, and hard-shell saddlebags. At $6,799, it undercuts the Kawasaki by $3,200.

The spiritual successor to the air-cooled Evo-powered Sportster, the all-new Nightster is a performance cruiser built on Harley’s modular liquid-cooled Revolution Max engine platform, in this case with a 975cc V-Twin with variable valve timing that produces 90 hp. Classic styling cues include a peanut “tank” (actually an airbox cover), a round air intake cover, and exposed rear shocks.

Toeing the line between a twist-and-go scooter and a step-over motorcycle, the all-new Honda Navi borrows the fan-cooled 109cc Single and CVT transmission from the Activa 6G scooter and the Grom’s popular design language. The 8-hp Navi weighs just 236 lb, has a 30-inch seat height, and is priced at just $1,807, making it an ideal gateway to the world of motorcycling.

Indian’s Challenger bagger, powered by the liquid-cooled PowerPlus 108 V-Twin that makes 108 hp and 113 lb-ft of torque at the rear wheel, was Rider’s 2020 MOTY. Touring capability gets a boost on the Pursuit Limited (or Dark Horse), which adds fairing lowers, a tall adjustable windscreen, a Touring Comfort seat, heated grips, and a trunk with an integrated passenger backrest.

Known as “The Beast,” the 1290 Super Duke R added “Evo” to its name and was updated with WP Semi-Active Technology (SAT) suspension available with six modes and automatic preload adjustment, a revised throttle-by-wire system, and more. Its 1,301cc V-Twin cranks out 180 hp and 103 lb-ft of torque, and its electronics allow riders to tame or unleash The Beast as they see fit.

The Classic 350 brings back the styling that made the Royal Enfield Bullet – built from 1931-2020 – such an iconic bike and pairs it with a 349cc air-/oil-cooled, SOHC, 2-valve, fuel-injected Single with a 5-speed gearbox. Available in nine color-style combinations and priced as low as $4,599, the Classic 350 is the embodiment of simple, fun, affordable motorcycling.

Triumph completely revamped its Tiger 1200 adventure bike platform for the 2023 model year, shaving off 55 lb of weight, bolting in a 147-hp Triple from the Speed Triple, and equipping it with a new chassis and upgraded electronics. Five variants are available: the street-focused GT, GT Pro, and GT Explorer and the off-road-ready Rally Pro and Rally Explorer.

At the top of Yamaha’s Hyper Naked pecking order is the MT-10, a descendent of the FZ1 that was Rider’s 2006 MOTY. This “Master of Torque” is powered by a 160-hp crossplane inline-Four derived from the YZF-R1. It was updated for 2022 with new R1-derived electronics, upgraded brakes, revised styling and ergonomics, a new TFT display, and more.

And the 2022 Motorcycle of the Year Winner is…

Here at Rider, we’re big fans of performance. That’s an often overused and general term, but it encapsulates so much of what we love about motorcycles. Powerful, thrilling engines. Strong, responsive chassis – everything from the frame to the suspension, brakes, and tires. And these days, electronic rider aids that allow responses to be tailored to different conditions or rider preferences.

We’re street riders. We may do the occasional track day or school, but it’s usually to help us sharpen our skills so we can ride more confidently and safely on the street. We want performance that is exciting yet still manageable on public roads.

At the same time, we like to go the distance. Rider was started in 1974 just as the touring segment was taking off, and motorcycle travel has been one of the magazine’s hallmarks. We’ve tested thousands of motorcycles over the years, and we gravitate toward bikes that are comfortable, reliable, and versatile yet still get our performance juices flowing.

Our 2021 Motorcycle of the Year was the Yamaha Tracer 9 GT, an adventure-style sport-tourer that’s lighter and more affordable than traditional heavyweight sport-tourers like the BMW R 1250 RT, Yamaha FJR1300, and Kawasaki Concours 14 – every one of which has worn Rider’s MOTY crown at some point. In fact, eight of our 32 previous MOTY winners have been sport-tourers.

And now, make that nine. The Suzuki GSX-S1000GT+ (the ‘+’ denoting the model with standard saddlebags, whereas the base GT model goes without) delivers all the performance a street rider needs in a refined, comfortable, sophisticated package at a reasonable MSRP of $13,799. It checks all the right performance boxes while also being practical and providing – as George Carlin would say – a place for our stuff.

As we said in our road test in the July issue, “The GSX-S engine is a gem with no rough edges. From cracking open the throttle above idle to twisting the grip to the stop, power comes on cleanly and predictably.”

The GSX-S1000GT+ is equipped with the Suzuki Intelligent Ride System, which includes three ride modes that adjust throttle response, power delivery, traction control, cruise control, and other systems. It has the best up/down quickshifter we’ve ever tested, and thanks to its street-tuned, sportbike-spec chassis, the GT+ offers predictable handling, unflappable stability, and impeccable smoothness.

Touring amenities include comfortable rider and passenger seating, 25.7-liter side cases that can accommodate most full-face helmets, and a 6.5-inch full-color TFT display with Bluetooth connectivity via Suzuki’s mySPIN smartphone app. With its angular sportbike styling, the GSX-S1000GT+ looks as fast as it goes, and the side cases can be easily removed for an even sportier look.

As we concluded in our road test, “The GSX-S1000GT+ strikes an excellent balance between performance, technology, weight, comfort, and price. Life is good when the scenery is a blur.”

Congratulations to Suzuki for the GSX-S1000GT+, Rider’s 2022 Motorcycle of the Year!

To find a Suzuki dealer near you, visit SuzukiCycles.com.

The post 2022 Motorcycle of the Year first appeared on Rider Magazine. 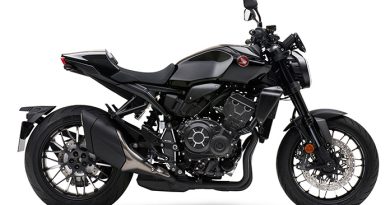 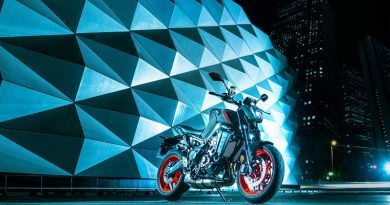