Yamaha is hoping to win a 28th Daytona 200 on March 12 at Daytona International Speedway.

The following is from Yamaha Motor Corporation, U.S.A…

Yamaha’s deep-rooted “Spirit of Challenge” was born from the company’s first racing success in 1955 at the Mt. Fuji Ascent Race in Japan, which amazingly occurred just weeks after its first product, the YA-1, was introduced to the world.

Then, in 1972, a young Californian, Don Emde, son of 1948 Daytona 200 winner Floyd Emde, took his Yamaha TR3 road racer to a stunning victory on the high banks, marking the first Daytona 200 victory for Yamaha and beginning a 13-year streak for the brand. In addition to that debut victory 50 years ago, Yamaha riders swept the podium. The brand has gone on to record the most wins of any manufacturer at the historic event, amassing a total of 27 victories over the past five decades.

“March 12, 1972, holds a true lifetime memory for my entire family and myself, as working together, we took that little TR3 Yamaha giant-killer to victory,” said Don Emde. “I took the checkered flag about five or six bike lengths ahead of the second-place rider, and the feeling of that victory 50 years ago remains fresh to this very day! I still must credit my dad, who instilled in me that my biggest goal in racing was always very possible, and that day proved him right.”

Yamaha looks to carry on that winning tradition as it returns to racing at Daytona International Speedway in 2022.

“Yamaha is very proud to have the most wins by a manufacturer in the renowned Daytona 200,” said Tom Halverson, Yamaha Racing Assistant Department Manager for YMUS. “Many of these wins were legendary, and none came easy. We are very excited that Attack Performance decided to take on this challenge in which every team member is actively involved. We are looking forward to getting back to the Beach!”

MotoAmerica makes its debut at the iconic venue in Daytona Beach, Florida, for the first time since it took stewardship of the U.S. AMA National Road Racing Championship in 2015. So, although it will be the first Daytona 200 for the team that fields Yamaha’s factory-supported effort in the MotoAmerica Superbike Championship, Attack Performance owner and Team Manager Richard Stanboli has enjoyed success in his previous endeavors.

“We couldn’t be more excited for the new Attack Performance Yamaha Racing team to reach for this goal of winning the re-energized Daytona 200,” said Stanboli. “The Daytona 200 is unlike any other race where team strategy, coordination, and above all, a passion to win makes the difference. I’m confident that our team and our Yamaha R6 is up to the task!”

Jake Gagne is also looking forward to returning to Daytona International Speedway for another shot at the Daytona 200 victory after an eight-year absence.

“I’m excited to get back to the high banks for the Daytona 200!” said Gagne. “Yamaha has always had great performances at Daytona, so I look forward to getting back on an R6 and going racing. I’m sure the field will be deep, and it’s always interesting throwing some pit stops in there.”

The team’s newest addition, Cameron Petersen, will make his debut at the legendary racing venue and looks for a top result.

“It’s my first time racing the Daytona 200,” said Petersen. “It’s a race that I’ve wanted to compete in since I first heard about it as a kid, and to finally have the opportunity to line up with the guys is awesome. I can’t wait to get up on the banking for the first time and feel the sensation. I know Yamaha has a rich history at this event, and I would love to be able to give them another win, and I know that is possible with a team backing me like Attack Yamaha!”

The post Yamaha Celebrates Its “Spirit of Challenge” With Return To The Iconic Daytona International Speedway appeared first on MotoAmerica. 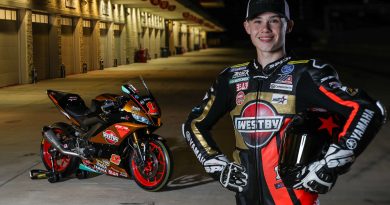 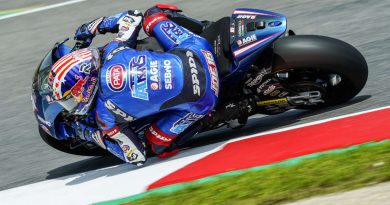