Is Danilo Petrucci going to say good-bye to MotoAmerica after just one season? Photo by Brian J. Nelson.

When former MotoGP race winner Danilo Petrucci decided to compete in the MotoAmerica Medallia Superbike Championship rather than continuing with his new career as a motorcycle rally racer, he also professed his love for America and even intimated that, like fellow former MotoGP competitor Toni Elias, he’d like to make the United States his permanent residence, in addition to racing in the land of the free and the home of the brave.

But now, there are reports coming out of Europe that Petrucci may follow in former Ducati rider Loris Baz’s footsteps and only race in MotoAMerica for one year before returning to one of the World Championships.

And, like Baz, who currently races for the Bonovo Action BMW team in the MOTUL FIM Superbike World Championship, Petrucci may, according to an article on Motorsport.com, parlay his American adventure into a World Superbike ride with the same brand he’s currently racing for in MotoAmerica: Ducati.

Writers Vincent Lalanne-Sicaud and Léna Buffa report that Ducati “could place Danilo Petrucci in the World Superbike Championship in 2023, as it remains keen to retain the ex-MotoGP rider in its ranks for another year.”

In addition, the article mentions that “Petrucci has been rumored to make a wildcard WSBK outing with Ducati at Portimao on October 7-9, a few weeks after the final round of the MotoAmerica season in late September, to prepare for a potential full campaign with the squad next year.”

To read the full story on Motorsport.com, go HERE

The post Will It Be One And Done For Danilo Petrucci In The Medallia Superbike Championship? appeared first on MotoAmerica. 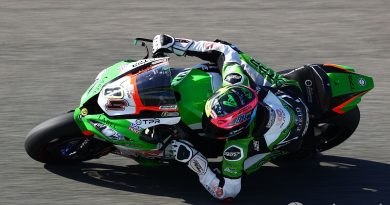 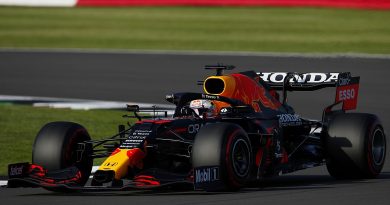 Verstappen doesn’t understand why FP2 has been kept